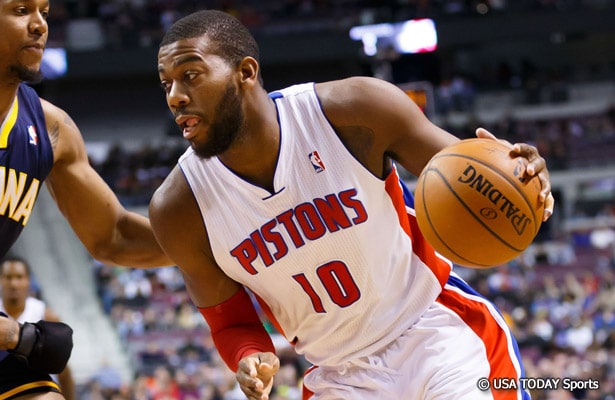 Which Free Agents Are Still Available?

This summer’s free agency period has been incredibly entertaining. There was a lot of excitement surrounding the class of 2014 entering this NBA offseason, and the group did not disappoint over the last month and a half.

While many of the big free agency dominoes have already fallen, there’s still plenty of time remaining for teams to make moves. After all, it’s only mid-August and there are still many players left in the free-agent pool.

In today’s NBA, teams need to be one of two things – either really bad or a title contender. The Philadelphia 76ers right now are the perfect example of a team that’s willing to sacrifice wins in order to land high lottery picks, stockpile talent and ideally build a contender down the road. This approach may be somewhat off putting and hard to accept for fans, but if they’re willing to be patient they will likely be rewarded. The Oklahoma City Thunder are a perfect example of a team that successfully developed their young assets into stars over time and now is a perennial contender in the ultra competitive Western Conference. Of course, not every team executes a rebuild as well as the Thunder but that is the model.

Looking Back At The 2012 NBA Draft

As the saying goes, you really never know how a draft class will shake out until several years down the road. With the 2011 NBA Draft class starting to receive long-term extensions, the 2012 draft class is in essence on deck for their first big paydays.

Getting drafted into a pro sports league is no guarantee of a career. The NBA’s modern history is littered with players who were drafted, played a few years and disappeared into lesser leagues or are out of the game entirely.

Since 2001, about 22 of the 60 players drafted each year have gone on to have something of a career in the NBA, meaning they have received more than one contract and in most cases played for a number of years in the NBA at some level.

A lot has been made about how unimposing the 2014 Team USA roster is compared to those of years past, and without some of the best American players today take part in the festivities, it’s easy to see where the criticism comes from.

Back in 1989, FIBA decided to allow professional basketball players to compete in the Olympic Games, and that decision ended up changing the game of basketball forever. The 1992 U.S. Men’s Olympic basketball team was legendary in every sense of the word, and they inspired an immeasurable number of international players to pick up a ball and start playing the game.

In the 22 years since that first Olympic showing by the legendary “Dream Team,” there have been 10 other Team USA rosters compiled for both the Summer Olympics and international FIBA tournaments. The following are the best of them, and reading this article should put to bed any questions as to why this current team doesn’t look as though it’ll knock anybody off the list:

Will Miami HEAT Remain a Contender?

When LeBron James and Chris Bosh took their talents to South Beach in 2010, the Miami HEAT were placed under the microscope. With James, Bosh and Dwyane Wade teaming up, the HEAT were the most intriguing team in the league.

Earlier this offseason, James announced that he was returning to the Cleveland Cavaliers after four years in Miami. In an instant, the fortunes of Miami changed and team president Pat Riley was tasked with putting the team back together after losing the best player in the league. So how did Riley do in reassembling the HEAT this offseason?

As we eagerly await the start of the 2014-15 NBA season, it is time to take a look at some players who are expected to take the next step in their career. We’ll have plenty of features and spotlights on the rookie class along the way, but today we’ll preview some of the guys that should either transition from being role players to impact players, or from being developing players into bona fide stars. There are plenty of guys who could show signs of significant improvement, but here are the players who could see the most drastic jumps in terms of productivity.

It isn’t often you see a potential future All-Star player under 25 years old wallowing in the loneliness of free agency as we approach September, but Eric Bledsoe is seemingly in a never-ending holding pattern as he awaits his new deal.

There are numerous barriers that led Bledsoe to this position. For starters, the talented guard missed almost half of last season recovering from a knee injury. Bledsoe is also a restricted free agent and the Phoenix Suns can match any offer received for his services. Lastly, there just aren’t teams around the league swimming in the cap space needed to offer Bledsoe what he wants (reportedly a maximum-level deal). Of course a sign-and-trade can be leveraged, with a potential suitor, if there was interest but the market surrounding Bledsoe has been dry.

18 Years of Pain for Tre Kelley and No Stopping Now

The numbers slowly change on the clock, each one another 60 seconds that Tre Kelley lies awake. Days blend into night with pockets of slumber in between. His body has adjusted to it by now. Sleep is hard to come by when 18 years ago today his reality became a nightmare from which he cannot awake.

An 11-year-old Kelley didn’t think anything of it when he heard a loud noise coming from his grandmother’s bedroom on August 21, 1996. Lila Haythe often filled her apartment with laughter when she watched television; she was probably enjoying one of her favorite shows, he thought. But when his uncle’s friend saw her crying, Kelley left the living room to check on her.

Haythe caught a glimpse of her grandson and began yelling out his name as he got closer.