Connect with us
Home » news » Basketball Insiders Week In Review 96 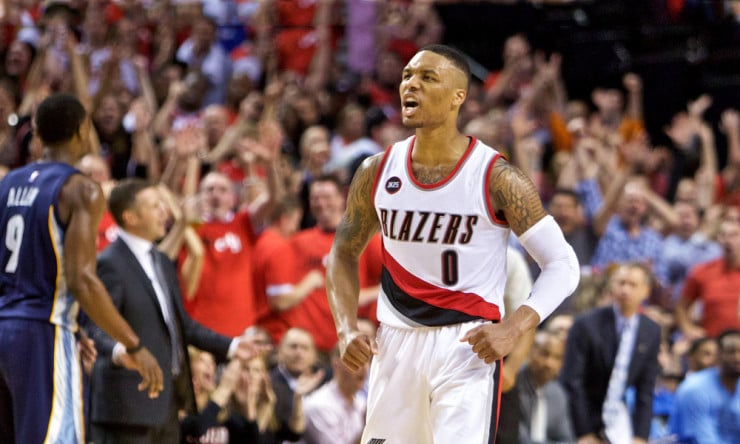 Are the Bucks Contenders?

The calendar turns to September and NBA lifers officially begin to think about the upcoming season. As fans continue to bide time until training camp and preseason play begins, we spend copious amounts of time thinking about what transpired over this past offseason and, more importantly, what could lay ahead for this coming season.

One thing I am expecting, personally, is for the Milwaukee Bucks to emerge as a legitimate contender in the Eastern Conference. This coming season, so long as health permits, the Bucks will take a significant stride forward. And if things break right for them, who knows how far they could go? After all, nobody thought that the Atlanta Hawks would have had a chance at winning 60 games entering last season, but look at what happened there.

The Bucks have everything they need to make some serious noise, and they have it at this very moment.

Not Easy To Break Into The NBA With Baggage

Making it into the NBA is not easy to do. While it’s often assumed that being talented and skilled is enough to get you considered, history has proven that a lot of super talented players simply don’t have what it takes for NBA teams to make a commitment to them.

This surfaces a lot among fans, who openly question, “Why hasn’t this guy been signed?”

There are a lot of factors that go into a player getting the chance to play on the big stage and, while talent is one of the biggest, it’s not the only one and it’s usually not enough to trump red flags or known baggage.

Now that we are a few years removed from the 2012 NBA Draft, it’s fair to start reevaluating the talent and determining which players are gems and which are duds. One way to organize those thoughts is to put together a redraft of that year, dropping players onto different teams in a way that explores how that draft could have turned out differently were guys drafted in an order of actual NBA success rather than how things really played out.

It’s all a hypothetical game, but we’ll be doing it all week. Today, we start with the 2012 NBA Draft, which turned out quite a bit differently than anybody could have expected:

Last season, New Orleans Pelicans forward Anthony Davis emerged as basketball’s newest superstar. Despite being just 21 years old for much of the campaign, Davis was dominant on both ends of the court and finished his third NBA season averaging 24.4 points, 10.2 rebounds, 2.9 blocks and 1.5 steals with an insanely efficient 30.89 PER.

It seems inevitable that Davis will be one of the NBA’s best players for the next decade, especially since he is still so young and (somehow) has untapped potential. While it seems crazy to think that Davis will be even better next season when you look at his numbers, his age and the work he’s doing this summer suggest he’s poised to make another significant leap in 2015-16.

As we at Basketball Insiders take turns re-picking some of the most recent NBA drafts, I can’t help but feel a bit giddy at receiving 2011 as my year. There might not be a single draft in the last decade more intriguing to reconsider a few years down the line, with legitimate NBA talent all the way from first overall to, literally, the 60thpick of the draft.

Sixers are Ready to Begin Competing

Over the past two seasons, the Philadelphia 76ers have been among the worst teams in the Eastern Conference. Although they have yet to finish in last place in the conference during that time frame, they have been near the bottom of the standings.

For all of the attention that they’ve received in how they’ve approached their rebuilding effort, the franchise is only three years removed from their last playoff appearance. The negative publicity they’ve endured since that last playoff appearance feels as though it’s been much longer since playing in the postseason. After all, this is a team that has won just 71 games combined over the previous three seasons.

This week, Basketball Insiders has been redrafting recent NBA drafts. We’ve been jumping in our time machines, taking a look at some older drafts re-ranking that class of players after several seasons. We’ve already done 2012 and 2011. Today, we’ll redraft the 2010 class.

The 2010 draft ended up being pretty top heavy, as it got mediocre in a hurry. This draft sure gave the NBA a bunch of bench players as well as a bunch of busts who are already out of the NBA.

The years in a player’s career can fly by in the NBA. Sometimes it feels like players go from being a rookie to a veteran leader seemingly overnight since time goes by so quickly season to season. But it is a feat to make it to the double-digit season mark. Only 10 of the 60 players selected in the 2006 NBA Draft are currently on rosters for their 10th seasons.

Many have made early departures along the way. Third overall pick Adam Morrison was out of the league after only three seasons. The career of sixth pick Brandon Roy was cut short due to injuries. Only 25 players from the draft class competed in five or more seasons.

There are still those looking to join rosters for the 2015-16 campaign, such as free agent Ryan Hollins, who played for the Clippers last season and is entering his 10th year in the league.

Making it to the NBA is hard enough, staying in it for 10 seasons is even harder. Here are some players about to enter their 10th season:

In May, the Cleveland Cavaliers held one of “The Best Trade Chip Contracts” in Brendan Haywood’s non-guaranteed $10.5 million salary.

In late July, the Cavaliers cashed out Haywood, turning his salary into a large trade exception via a trade with the Portland Trail Blazers – giving Cleveland another spending tool that will last for additional year.

Player contracts are often instrumental in trades, especially non/partially-guaranteed deals that can be shed quickly, helping teams open up cap space when needed.

Expiring contracts can also be valuable, although not as much as non-guaranteed deals or trade exceptions.

As training camp looms, franchises around the league have big financial decisions to make regarding their respective members of the 2012 rookie class. Some guys have already inked new deals while others are looking to secure their first post-rookie-deal payday.

Let’s take a look at the status of the 2012 first-round lottery picks. Remember, teams have until the end of October to ink these guys or they’ll head to (restricted, in most cases) free agency next summer.

On July 19, the Denver Nuggets traded point guard Ty Lawson to the Houston Rockets. Along with Lawson, the Nuggets sent Houston a 2017 second-round pick in exchange for Kostas Papanikolaou, Pablo Prigioni (who was subsequently waived), Joey Dorsey (bought out), Nick Johnson and a lottery-protected 2016 first-round draft pick.

Lawson, age 27, has been in the NBA for six seasons and has established himself as one of the league’s best playmakers and a solid overall point guard. Lawson has career averages of 14.2 points, 6.6 assists and 2.9 rebounds per game and was ranked third in assists per game last season, outpaced only by Chris Paul and John Wall.