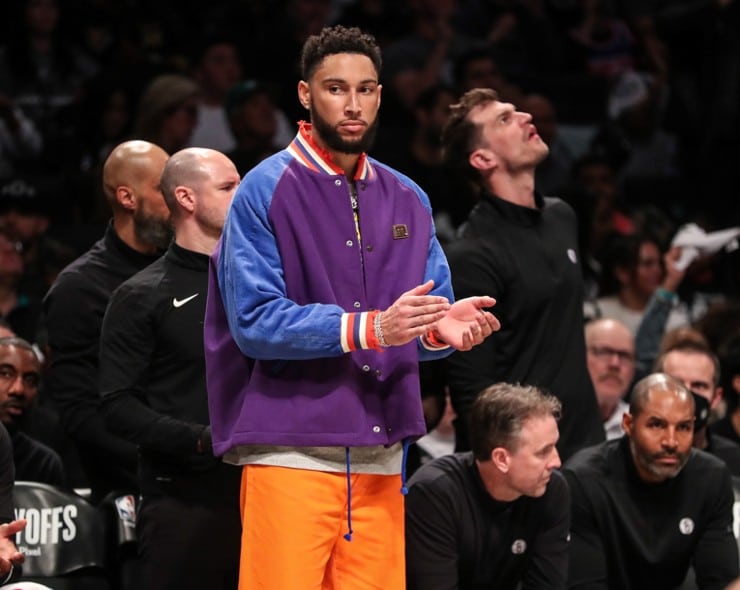 Brooklyn Nets PG Ben Simmons missed the entire 2021-22 season due to a holdout and he was also dealing with a back injury. He was traded to Brooklyn before the trade deadline last year and made his debut for the team this season.

Simmons has successful back surgery back in May and was expected to make a full recovery and be ready for the start of the season, which he was. Now, Nets interim head coach Jacque Vaughn has told the media that Simmons will not travel with the Nets on the road for at least the next two games. He’d already missed two games before the news today. Not the start that the Nets wanted with Simmons.

Ben Simmons will not travel with the Nets for the next two games due to "soreness and swelling" in his knee: pic.twitter.com/374nK6tN67

Ben Simmons to miss at least next two games for Brooklyn

It’s been a frustrating start for Ben Simmons and the Brooklyn Nets. He’s fouled out twice in the six games he’s played this season and has yet to score more than nine points in a game. The Nets fired head coach Steve Nash this week after the teams 2-5 start. While Brooklyn GM Sean Marks looks for Nash’s replacement, interim head coach Jacque Vaughn is in charge. He met with media today to give an update on Simmons.

“Ben will not travel with us for these next two games. He’s got some soreness and some swelling in the knee,” – Nets interim head coach Jacque Vaughn

“I’m gonna say first two just for sure, just because of the back-to-back, and then will kind of assess and see where he is after that,” – Jacque Vaughn

Brooklyn will play back-to-back games tomorrow and Saturday with a break on Sunday and then back on the road in Dallas on Monday night. Will Ben Simmons be available for the game vs the Mavericks?