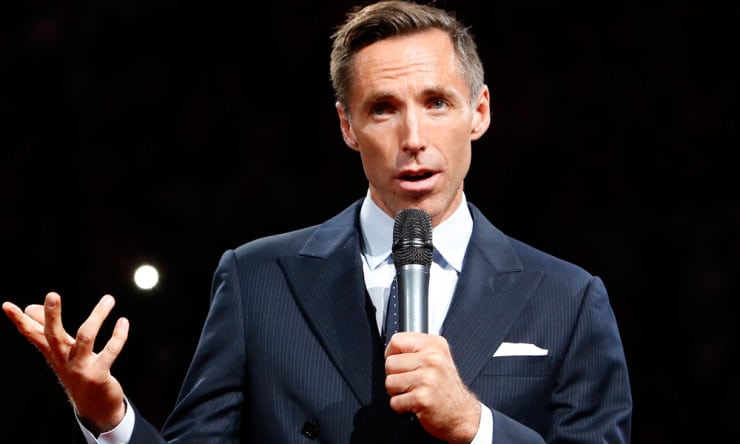 The Brooklyn Nets and Steve Nash have mutually agreed to part ways. Nash was the head coach from 2021-2023. He coached 161 gamed for Brooklyn.

After just seven games to start the 2022-23 season, the Nets have parted ways with Steve Nash. He worked with the Golden State Warriors from 2015-2020 where he was a player development consultant for the team.

The Nets as a team have a lot of controversy and drama surrounding them. Nash was not fit to handle the job and players in the offseason expressed a concern about Nash. It was only a matter of time until something like this happened.

Steve Nash ended his coaching career in Brooklyn with a 94-67 record, which is 59 percent. Clearly he was not getting the job done for Brooklyn and a change was needed. In his replacement, the Nets have named Jaques Vaughn as coach for tonight, but Brooklyn plans to inquire other options for a head coach for the future.

Jacque Vaughn is the acting head coach tonight but expect the Nets to inquire with suspended Celtics coach Ime Udoka, Quin Snyder, among others. Boston will let Udoka leave for another job.

It seems as if this may have been something Nash knew was coming. He’s already put out a statement about his time with the Nets.

“A very heartfelt thanks to Joe and Clara Tsai along with Sean Marks for giving me the opportunity to coach the Brooklyn Nets. It was an amazing experience with many challenges that I’m incredibly grateful for.”

“It was a pleasure to work with the players, performance team and front office everyday. I’m especially grateful to my coaching staff and video room who are a talented group with so much character and professionalism.” – Steve Nash

The Nets now need a new head coach. Reports have said that the team may inquire about Quin Snyder and suspended Celtic’s coach, Ime Udoka. Boston has said they are willing to let Udoka leave for another job.