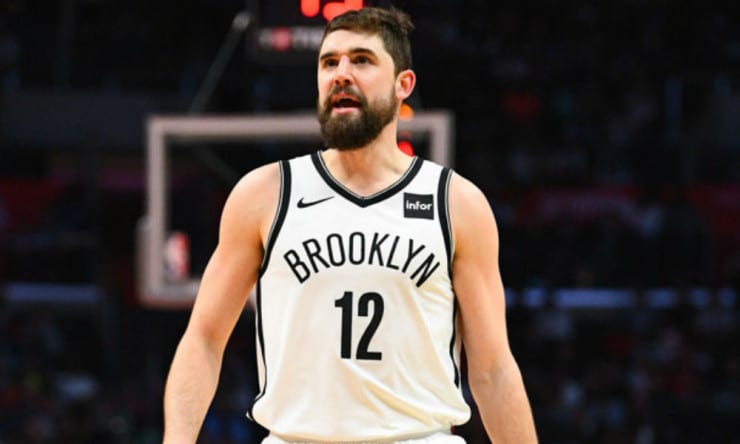 After two road games in a row, the Brooklyn Nets will return to the Barclays Center on Thursday night. They’ll square off against Luka Doncic and the Dallas Mavericks.

Out for the Nets tonight is SF Joe Harris who’s trying to manage the ankle injury that kept him out for 68 games last season. It’s clear that Harris is still working to get back to 100 percent as the Nets are being cautious with him in back-to-back games.

If tonight we’re a playoff game, Harris would likely be playing, but it’s only going to be Brooklyn’s fifth game tonight. No reason to rush Harris back and risk further injuries.

The Nets need Harris back as quickly as they can. Kevin Durant and Kyrie Irving get the Nets consistent points, but who’s going to step up when they’re not in. Harris is a 44 percent three-point shooter for his career and is playing off the bench for the Nets to begin the season.

He’s averaging the sixth highest minutes played out of any Nets player this season at (20.3) per game. It’s been a slow start to the season for Harris as he’s averaging just (4.7) points per game. His lowest since his first season with Brooklyn in 2016-17.

Joe Harris models tonight’s promotional shirt of himself. Put this on a Times Square billboard. pic.twitter.com/h1u8OlUTXu

Harris had to have two different ankle surgeries last season and it’s tough for any player to be themselves right away. He had the initial surgery in late November last year and suffered some setbacks when trying to return to the court. Nets GM Sean Marks told the media in the beginning of March that Harris would require a second surgery and would miss the rest of the season.

Not playing tonight should not worry Nets fans. They’re playing it smart and are giving him the rest he needs. Both sides do not want anything more serious to happen.