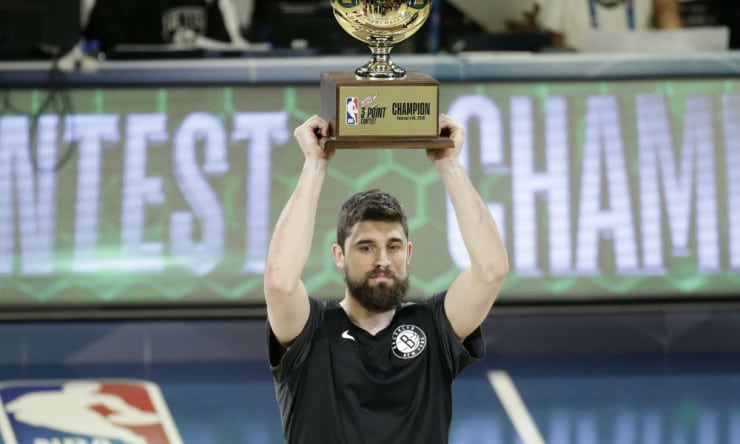 It’s been a roller coaster start to the season. After a 2-5 start, Brooklyn fired Steve Nash as their head coach and shortly after hired assistant coach Jacque Vaughn to be the new head coach. Additionally, Kyrie Irving was suspended by the team for a controversial post on his social media regarding antisemetic topics. Irving will miss his seventh straight game for the Nets tonight. On top of this all, a fan-favorite has been talked about in recent trade rumors.

Kevin Durant and Kyrie Irving will always be the center of attention for the Brooklyn Nets as long as they are with the team. Both are constantly talked about in trade rumors, but nothing seems to happen with those rumors. Nets sharp-shooter Joe Harris is the player recently being brought up and Brooklyn may be inclined to trade him at some point this season.

The Brooklyn Nets are looking to move Joe Harris, per @RicBucher pic.twitter.com/bixzjM2iTa

Could the Nets trade Joe Harris at some point this season?

The longest tenured Brooklyn Net, Joe Harris is being talked about in trade reports. Could we see the Nets try and move their sharp-shooter before the NBA trade deadline on 2/9/23?

“Both the Lakers and Nets are among the top five teams in player payroll this season. Both are also subject to a hefty luxury tax for having repeatedly gone over the threshold the last few years. That’s why the Nets, league sources said, also hope to move long-range shooter Joe Harris, who is set to make $18 million this year and $19 million next season,”- Ric Bucher

Harris has a career three-point percentage of 44 and has only been hitting his three’s this season at 36 percent. He’s also plays (26.5) minutes per game and only averages (7.8) points per game. It could be time for Brooklyn to try and trade Harris now while he may have some value left. The Nets need a SF/PF who can provide some length and athleticism to the lineup. Brooklyn has a lot of shooter on the team, but many think they are missing a key piece in their front-court.