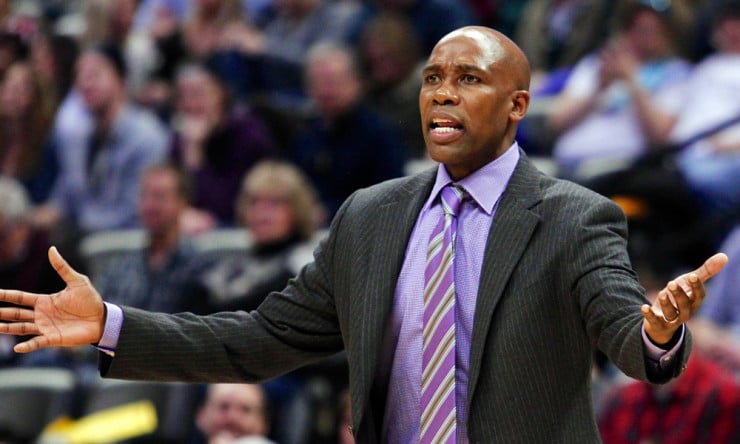 Last week the Brooklyn Nets fired head coach Steve Nash after a 2-5 start to the season. On top of that, all-star SG Kyrie Irving has been the talk of the NBA. He had reposted a movie/book with antisemetic language and it received a ton of criticism. The Nets suspended Irving for five games without pay. Today, the Nets were able to share a bit of good news with their fans.

Brooklyn named Jacque Vaughn the interim head coach when Nash was fired and coached the team that same night. The Nets announced today that they’ve hired Vaughn to be the new permanent head coach moving forward. Vaughn has payed his dues for this position and has been with the team since the 2016-17 season. He knows the system, players, and coaching staff already and it was a smart hire by Brooklyn.

Nets owner Joe Tsai was receiving major blow back from the NBA and female member of the Nets organization. Reports had come out that the Nets were going to hire Ime Udoka as their next head coach. Udoka is suspended by Boston this season for violating the teams code of conduct.

Coaching the Nets this season, Vaughn has the team at 2-2. Nets GM Sean Marks spoke about the hiring of Vaughn.

“Jacque’s basketball acumen, competitiveness and intimate knowledge of our team and organization make him the clear-cut person to lead the group going forward,”… “He has proven the ability to get the best out of our players, hold them accountable and play a cohesive, team-first style of basketball.” – Nets GM Sean Marks

Vaughn had been an assistant coach with the Nets for eight seasons and has finally gotten his chance to be a head coach in the NBA. He’s got a tough task at hand as the Nets have been in some deep controversy this season. We’ll see how Vaughn handles the bright lights of being a head coach in the Big Apple.