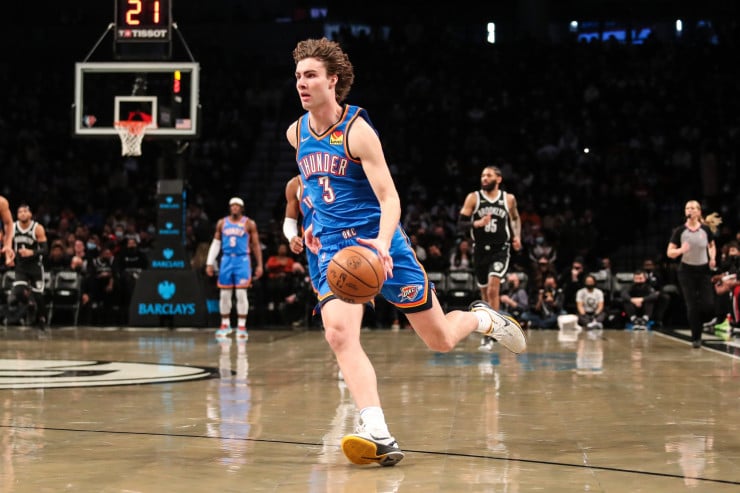 After a lengthy stretch of the NBA schedule alternating back-and-forth between massive slates and four-game helpings like the one we have in store tonight, that trend is set to even out this week. While that doesn’t give us more than four games this evening, bettors have no need to worry. There are always plenty of NBA betting opportunities available, particularly in the realm of prop bets. Basketball Insiders takes a look at the best NBA player props and free picks for the January 24th NBA betting slate. Odds for the picks can be found at BetOnline Sportsbook.

With the Indiana Pacers down both of their top two big men in Domantas Sabonis and Myles Turner, other players are getting the opportunity to play increased minutes in the post. 22-year-old Goga Bitadze took full advantage of the 35 minutes he was given on Saturday. The Georgia native posted a 16-point, 11-rebound double-double and added a block for good measure. This marked Bitadze’s second straight game scoring in double figures. It was also his second game in a row going over tonight’s NBA player props line of 7.5 rebounds.

In each of the three recent games in which he has seen at least 25 minutes of action, Bitadze has finished with no less than eight boards. There is certainly no reason to believe that Bitadze will have his playing time significantly reduced tonight as the Pacers already ruled Sabonis out for this game. Furthermore, with tonight’s matchup coming against a stout rebounding opponent in the New Orleans Pelicans, Bitdze’s presence on the floor will be needed to try and offset Jonas Valanciunas. Despite having to lay some added juice, bettors should confidently back the over for the 2019 first-round draft pick.

While Oklahoma City Thunder rookie Josh Giddey has been scored in double figures in eight of the last ten games, he has only topped 11 points four times over that stretch. Furthermore, Giddey has been held below the 10-point threshold in two of the last three contests. In those two games, Giddey shot a combined 7-28 from the field. Considering his recent shooting woes, it’s hard to get excited about playing over an NBA player props line that sits two full points higher than his per-game scoring average of 11.5.

While the opponent Chicago Bulls are not the best defensive team in the Association by any stretch, they do average a slower pace than OKC which could translate to fewer possessions for both sides. While Giddey has given Thunder fans plenty to hope for in the future, his shooting is simply too inconsistent in his rookie season. It makes simple mathematical sense to play under the NBA props total of 13.5 given that Giddey would need to outperform his per-game average by 2.5 points for the over to hit.

On the surface, one might be inclined to believe Chris Paul will have an uptick in rebounding production with both Deandre Ayton and Jae Crowder set to miss tonight’s contest. However, the opponent might have a thing or two to say about that. Even with reports also indicating that Jazz center Rudy Gobert may miss this game, Utah is still a very sound rebounding team. They rank second in rebounding rate coming into Monday’s contest. Paul will have a tough time getting inside to make a significant impact on the glass.

In addition to the matchup itself, the math on this NBA player props offering just doesn’t add up. Paul comes in averaging 4.3 rebounds per game this season, slightly below the betting line of 4.5.  The chance to grab plus-money odds while making a pick that falls in line with Paul’s season average is too good to pass up.