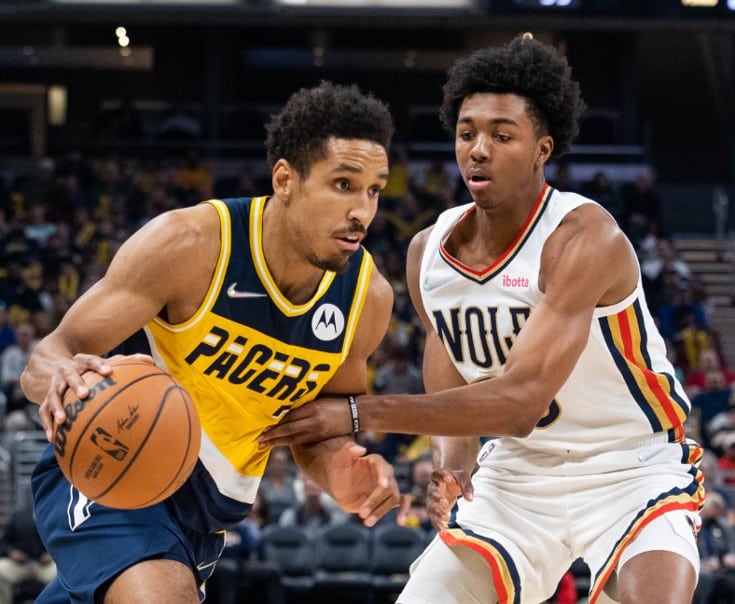 In tonight’s interconference rematch, the Indiana Pacers (17-30, 24-22-1 ATS) are playing the New Orleans Pelicans (17-28, 21-24 ATS); NBA picks are featured here. Will Josh Hart and the Pelicans obtain their first head-to-head win versus the Pacers this season? Along with the starting lineups, our top NBA picks and betting trends are posted below.

All Pacers vs Pelicans betting odds can be found at BetOnline

Moreover, on Saturday, in the Pacers’ 113-103 road loss versus the Suns, Chris Duarte and Lance Stephenson led their team in scoring, with each player contributing 17 points. Jeremy Lamb closed out his performance with 14 points, 7.0 rebounds and 2.0 assists in 28 minutes played as well. However, despite hanging in there, the Pacers have won just three of their past 10 games. After this defeat, Indiana is now 5-18 away, 12-12 at home and 11-12 ATS on the road this season.

Meanwhile, in the Pelicans’ 102-91 road win over the Knicks last Thursday, center Jonas Valanciunas added one more double-double to his career total. He had 18 points, 10 rebounds and 2.0 assists in 33 minutes of action. Guard Josh Hart also accumulated 17 points, 7.0 rebounds and 4.0 assists in 35 minutes played. Although a slight improvement when compared to Indiana, New Orleans has now won four of its previous 10 games. Now, the Pelicans are 7-17 away, 10-11 at home and 13-8 ATS at home.

Pertaining to other encounters, in the last three head-to-head meetings, the Pacers are 2-1 against the Pelicans. On Nov. 20, 2021, the first time these teams met during this regular season, Indiana won 111-94 at Gainbridge Fieldhouse. Of course, the Pacers were healthier overall in that particular contest. New Orleans is still without Zion Williamson.

On another subject, during Friday’s game with the Birmingham Squadron, forward Didi Louzada tore his medial meniscus in his left knee. Louzada was selected 35th overall in the 2019 NBA Draft, but the forward was immediately traded to the Pelicans. On Jan. 13, the 22-year-old was assigned to the G League. Last April, he signed a two-year, $1.6 million contract with the organization.

The Pelicans just announced that Didi Louzada suffered a torn medial meniscus in his left knee during Friday's game with the Birmingham Squadron.

He'll be out indefinitely.

Looking to place a bet from Louisiana? Check out our Louisiana Sports Betting Guide which contains a list of the best sportsbooks in Louisiana!

Needless to say, both competing teams are not playing playoff-caliber basketball this season. Though, the Pelicans are in a slightly more desirable spot. Williamson might return in a couple of weeks. In December, the organization announced that their star forward would be re-evaluated four to six weeks after receiving an injection in his foot. Anyways, the Pelicans will win, cover the spread and the total will go over 216. If you have never placed a bet, read our handicap betting guide. Other NBA Picks are on the main page.