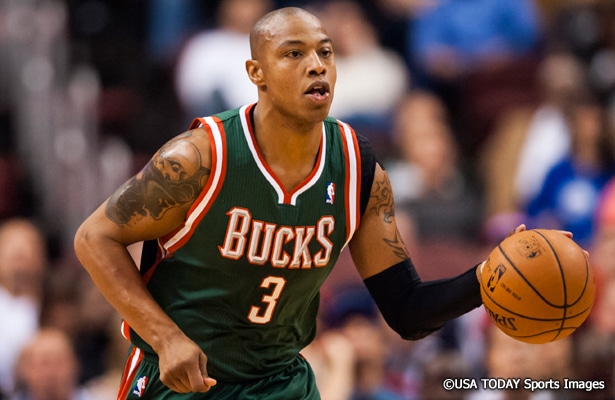 Just in the nick of time? Reports indicate that veteran forward Caron Butler has agreed to sign with the Oklahoma City Thunder. This comes on the heels of Butler’s contract being bought out by the Milwaukee Bucks on Thursday. The terms of his deal with the Thunder are unknown, but the transaction should be completed this weekend, once he clears waivers.

The inner-workings of the Thunder’s front office have always been a mystery, yet many believed Sam Presti, the Thunder’s general manager and executive vice president, would pull off some type of move by the trade deadline. The deadline passed, though, with no changes. Perhaps the return of Russell Westbrook, who had missed 30 games this season, provided adequate comfort that a full roster would carry them to a successful postseason.

Alas, the road since the All-Star Break has been a bumpy one.

Faced with an enviable six-game stand at home, the Thunder have managed to lose the first three, to the Miami HEAT, Los Angeles Clippers and Cleveland Cavaliers. Westbrook’s return following the All-Star Weekend seemed to throw the team’s rhythm completely off. Obviously, they will need some time to jell again, but for some reason, the players have been unable to get it together on the defensive end.  They frequently look passive and uninspired.

Fortunately, the offensive flow is improving (except for the contributions of Jeremy Lamb and Reggie Jackson, both of whom show serious inconsistency), and Westbrook is looking more relaxed. Unfortunately, center Kendrick Perkins strained his groin during the Miami game and is sidelined until mid-April.

With two open roster spots and some, albeit limited, salary cap room, the above factors surely propelled Presti into action. The panic button hadn’t officially been pushed, but more losses and continued struggling defense would have resulted in mass button-pushing.

Butler, 33, should slide right in fairly seamlessly and give Oklahoma City depth at the small forward position. Hopefully he can offer the assist they need to make a playoff push. Armed with veteran experience and solid skills on both ends, the two-time All-Star should rack up nice minutes off the bench.

Coach Scott Brooks figures to have options with Butler’s versatility at his disposal.  At 6-foot-7, he can cover big two-guards or move into a small front court lineup. Now in his 12th career year, Butler is a reliable spot-up shooter who may bridge that gap in scoring between Westbrook and Kevin Durant.

The Thunder will be Butler’s seventh NBA team. In Milwaukee this season, he averaged 11 points, 4.6 rebounds, 1.6 assists and 1.6 in three-pointers in 24.1 minutes over 34 games (13 of those as a starter). He shot 38.7 percent from the field, with a true shooting of 49.4 percent. He’s solid at the foul line with an .846 career average. He had an ankle injury earlier in the year, but in general, he’s been healthy. Butler can be an intense player on the floor; at the same time, he’s regarded as a good team guy, which OKC greatly values.

Butler was anxious to leave Milwaukee for a contending team, and it looks like the Thunder finally realized, or at least acted upon, the widely-held thought that they are still a piece or two away from the promised land. This should be a win-win situation for both parties.

Susan Bible covers the Oklahoma City Thunder for Basketball Insiders and writes about all NBA teams. She is a Senior Newslines Editor and contributes to fantasy basketball coverage.