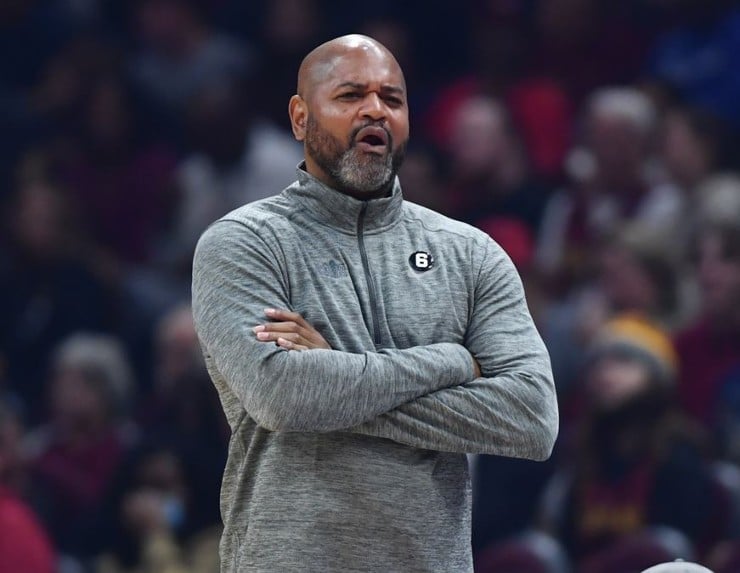 Cleveland Cavaliers head coach J.B. Bickerstaff is confident in his players’ abilities to support Donovan Mitchell throughout the 2022-23 season.

In an interview with Marla Ridenour of the Akron Beacon Journal, the veteran coach was asked if he thought Mitchell would be up to spreading the ball around on the court.

“He wants to do it,” replied Bickerstaff. “He understands the identity of this team. “[He’s] a guy who wants to be a part of it and doesn’t isolate or separate himself.”

According to a few NBA betting sites, the Cavaliers possess the 13th-best odds to win the championship in 2023. Oddsmakers are expecting the team to return to the playoffs this season.

“But he’s also got a lot of help on the offensive end,” continued Bickerstaff. “I don’t think he’s going to have to carry as large of a burden as he has in the past.”

Cavaliers head coach J.B. Bickerstaff says Donovan Mitchell will not have to carry as large of a burden

“You put him together with Darius, who last year carried a hell of a burden himself,” continued Bickerstaff. “Now, you can pull that back, and again, you can kind of ping pong it so one guy doesn’t have to feel like they’re out there by themselves.”

Furthermore, as long as Garland stays healthy, Mitchell should not feel forced to isolate himself offensively. The team is stacked at several positions.

The Cavaliers open their season tonight against the Toronto Raptors. Of course, the Raptors are 2.5-point favorites at Scotiabank Arena. This matchup can be watched live at 7:30 p.m. ET with Bally Sports Ohio.