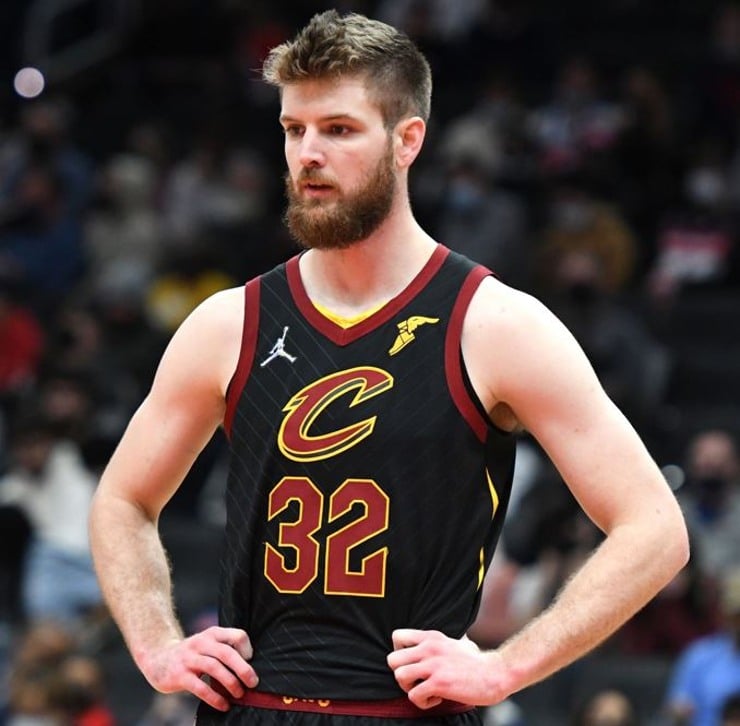 Cleveland Cavaliers forward Dean Wade (shoulder) has been downgraded to out for Thursday night’s road game against the Indiana Pacers. While Ricky Rubio (knee) and Dylan Windler (ankle) remain out indefinitely, center Robin Lopez is also listed as questionable due to an illness.

Thirty-five games into the 2022-23 season, Cleveland is 22-13 and ranks fourth overall in the Eastern Conference standings. The Cavaliers are 6-4 in their last 10 games. They are coming off back-to-back losses.

Per a few NBA betting sites, the Cavaliers have the ninth-best odds to win the championship in 2023. Check out which sportsbooks are giving the Boston Celtics, Milwaukee Bucks, and Brooklyn Nets better odds.

Additionally, earlier this month, the Cavaliers announced that Wade would miss 3-4 weeks because of an AC joint sprain. The fourth-year wing is now slated to return in early January.

Defensively, the Cavs are one of the best teams in the NBA. They lead the league for the fewest points allowed, surrendering just 105.5 points per game. And Cleveland has held its opponents to below 100 points a league-high 12 times this season.

However, the Cavaliers lost 125-117 against the Nets on Monday. This was Brooklyn’s ninth straight win. The team’s win streak was extended to 10 games on Wednesday night against the Atlanta Hawks.

Furthermore, on the other side, the Pacers are 5-5 in their past 10 contests. Also, they are 10-5 ATS in their last 15 home games. Equally important, Indiana is 1-12 in its previous 13 matchups versus Central Division opponents.

Moreover, based on ESPN’s Basketball Power Index, the Cavaliers have a 66.2% chance of defeating the Pacers. Sportsbooks show Cleveland as a 5.5-point favorite.