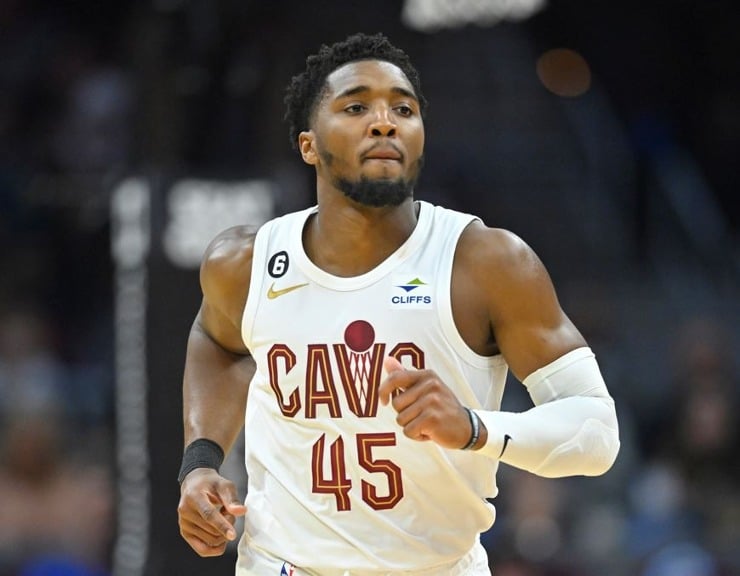 Cleveland Cavaliers guard Donovan Mitchell believes this season could be special, hinting at his team potentially winning the championship. However, at the moment, the Cavaliers are working through growing pains.

“Yeah, I’m not interested in any of the down-the-road [discussion]. But like I said, we have a lot of potential with this group,” Mitchell told Sam Amick of The Athletic.

A few NBA betting sites are giving the Cavaliers the seventh-best odds to win the championship in 2023. Check out which sportsbooks show higher odds for the Milwaukee Bucks, Boston Celtics, and Brooklyn Nets.

.@cayleighgriffin illustrates how special Donovan Mitchell's first 10 games in the wine and gold have been.#LetEmKnow pic.twitter.com/iRyfG7uqHa

“We have a lot of guys that can really get going,” said Mitchell. “We can really build something special. And that’s really what I’m hoping for. I can’t control what our result is come June, May, our playoff success, our future success.”

Darius Garland is off to a slower start this season, but he also missed five games after Toronto Raptors guard Gary Trent Jr. poked him in the eye in the Cavaliers’ season opener.

When the Cavaliers are firing on all cylinders, they could very well be the best team in the Eastern Conference.

“But right now, we’ve got a lot of great pieces,” continued Mitchell. “And as far as two or three years, I can’t sit here and give you anything. That’s the one thing from this summer that I’m very happy about.”

The struggling Timberwolves’ next stop is Cleveland, where Rudy Gobert will see Donovan Mitchell for the first time since their Utah run ended. Gobert on the reunion with his former co-star: pic.twitter.com/2DEe1MqYm1

“I just said, ‘F—k what happens. F—k tomorrow. F—k the next day. How can I be — excuse my language, by the way — but how can I just be the best Donovan today and let the rest handle itself?’ I mean, I’ve got stuff to prove myself. I’ve got to continue to be better.”

On Friday night, the Cavaliers lost 106-101 on the road against the Golden State Warriors. Mitchell recorded his second double-double of the season. He amassed 29 points, 10 rebounds, 9 assists, 2 steals, and 1 block in 38 minutes of action.

Next, Cleveland takes on the Minnesota Timberwolves on Sunday at 6 p.m. ET. This could be another special win for the Cavaliers.

Mitchell will meet former Utah Jazz teammate Rudy Gobert for the first time since both players were traded during the offseason.

For a reminder, the Timberwolves are 1-6 in their last seven games played.