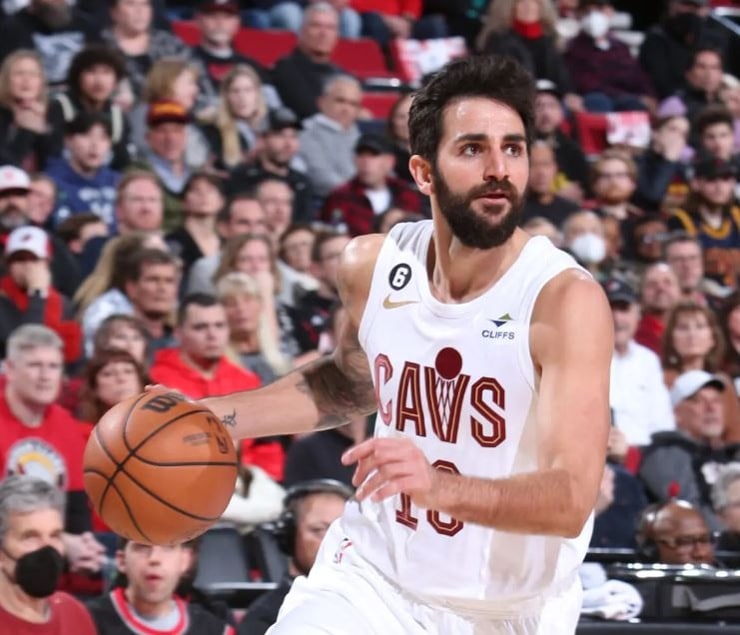 On December 28, 2021, the 12-year veteran tore his left ACL against the New Orleans Pelicans. The 32-year-old made his 2022-23 season debut on Jan. 12, when Cleveland won 119-113 versus the Portland Trail Blazers. Rubio logged nine points, three rebounds, and one assist in 11 minutes off the bench.

Per a few NBA betting sites, the Cavaliers have ninth-best odds to win the championship. Some sportsbooks are giving the Philadelphia 76ers and Brooklyn Nets better odds.

Part of Rubio's process coming back from the ACL tear is not playing in back-to-backs right away. #Cavs are sitting him on the front half of this one. https://t.co/BGcBf0qnJD

Moreover, it will take time for the Cavaliers guard to play at a high level. Last season, in 34 appearances with Cleveland, the former Minnesota star averaged a career-high 13.1 points per game. Along with recording 4.1 rebounds, 6.6 assists, and 1.4 steals per contest, Rubio shot 36.3% from the floor and 33.9% from deep.

Furthermore, the Cavaliers are 6-4 in their last 10 games. They’re 15-3 in their last 18 home games. However, the Cavs have also failed to cover the spread in their past seven matchups versus the Warriors.

Steph, Dray, Ezal, Wiseman, Klay and Wiggins are listed on the injury report as out while Kuminga and JaMychal are listed as probable for tonight’s @warriors–@cavs game. pic.twitter.com/0GVE1VvmNc

Additionally, the Warriors are 5-5 in their past 10 contests. They’ve won their previous 10 consecutive meetings against Cleveland. Golden State has covered the spread in its last seven away games versus the Cavaliers. But this matchup is different, considering Curry, Wiggins, Thompson, and Green are all out.