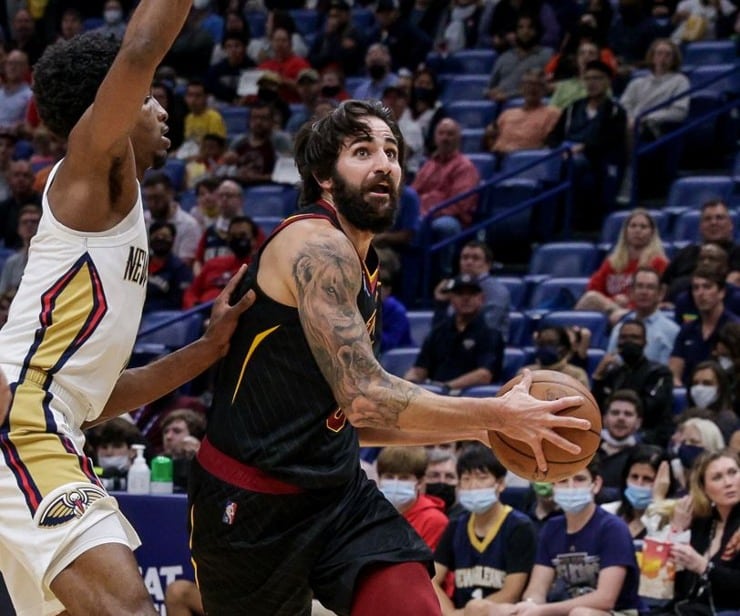 Cleveland Cavaliers guard Ricky Rubio tore his left ACL last December, and the team will not rush the 32-year-old back from his injury. Since the Cavaliers are 13-8 and rank third in the Eastern Conference this season, they’re in no hurry.

“We have not put a specific date, but he is continuing to take steps,” Cavaliers coach J.B. Bickerstaff said prior to Monday’s 100-88 loss to the Toronto Raptors.

According to some NBA betting sites, the Cavaliers have the sixth-best odds to win the championship in 2023. A few sportsbooks show higher odds for the Boston Celtics and Milwaukee Bucks in the East.

Ricky Rubio was helped off the court after suffering an apparent injury on this play. pic.twitter.com/QuNciWZB2y

“He has a doctor’s appointment coming up soon to see how everything is healing and where he is at from that standpoint,” added Bickerstaff.

Rubio could work up to 3-on-3 and 5-on-5 activities at team practices. Though, he first has to receive clearance from the medical staff. When he’s ready, Bickerstaff wants the 11-year veteran to participate in contact practices.

Cavaliers will wait for Ricky Rubio to recover from ACL injury, no return date has been established

Only Sixers listed with injuries on the injury report are Harden, Maxey and Springer. All of them are out for tomorrow vs. the Cavs.

For Cleveland: Kevin Love, Jarrett Allen, Ricky Rubio and Dylan Windler are out and Lamar Stevens is listed as questionable pic.twitter.com/n9KhlNIPTp

“Everything is progressing well,” continued Bickerstaff. “Just a matter of proper healing and time before he comes back and plays.” It will take time for the former Minnesota Timberwolves star to play at full strength.

When healthy, the NBA veteran should help bolster Cleveland’s backcourt. They already have enough support in Darius Garland, Donovan Mitchell, and LeVert. Adding Rubio into the mix will make things interesting.