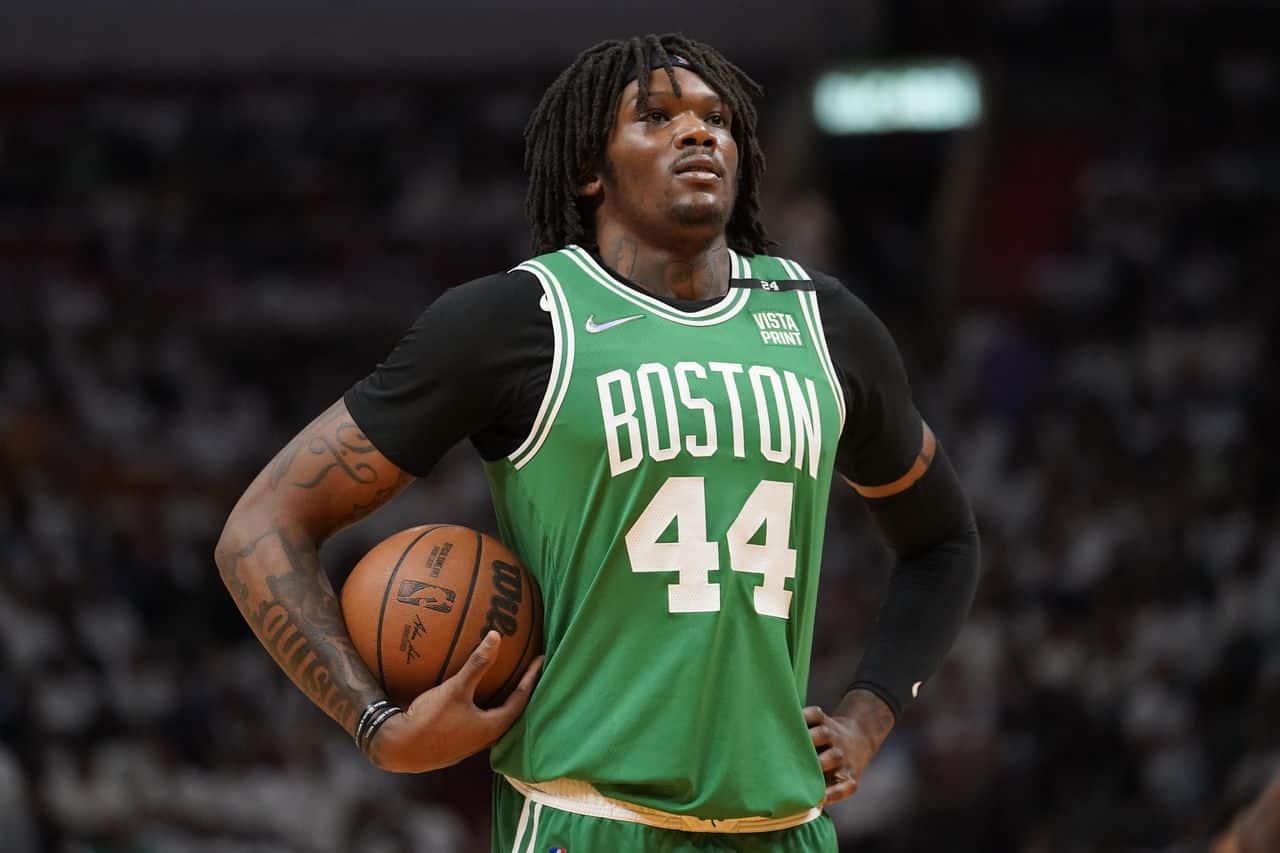 Boston Celtics center Robert Williams will miss 4-6 weeks with an arthroscopic procedure on his left knee, according to ESPN’s Adrian Wojnarowski.

Williams, 24, played an integral role in Boston’s first NBA finals appearance since 2010 earlier this year despite playing through pain after missing almost a month between March-April due to a torn meniscus.

The All-Defensive Second Team honoree underwent a successful partial left knee meniscectomy in order to ensure he could feature in the playoffs but upon return, issues continued to linger and Williams missed crucial bouts against the Milwaukee Bucks and Miami Heat.

Boston Celtics center Robert Williams is undergoing arthroscopic procedure on his left knee and is expected to need 4-to-6 weeks for recovery, sources tell ESPN. Williams had meniscus surgery in March and played through the playoffs

Williams still managed to to average 7.7 points and 6.2 rebounds on 23 minutes per game in the playoffs, featuring 17 times as Boston fell short to Steph Curry’s Golden State Warriors in the finals.

After losing Danilo Gallinari to a torn ACL earlier this offseason, the Celtics will surely explore free agent options such as DeMarcus Cousins, Dwight Howard, and LaMarcus Aldridge to boost the roster.