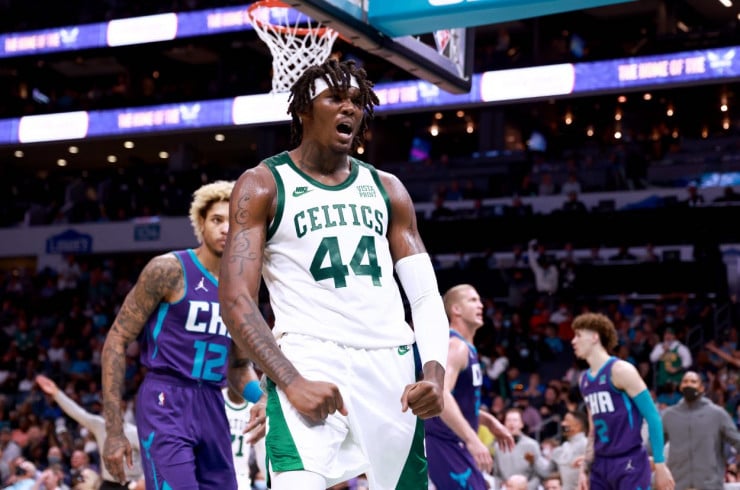 Boston Celtics president of basketball operations Brad Stevens is keeping Robert Williams off-limits in trade talks with the Brooklyn Nets for Kevin Durant, according to a report.

According to Kurt Helin, the Celtics consider Robert Williams ‘unavailable’ in any trade talks regarding Kevin Durant with the Brooklyn Nets, amid reports owner GM Sean Marks is holding out for Jaylen Brown, Marcus Smart, one rotation player and an assortion of picks.

Robert Williams III is reportedly off limits in trade talks for Kevin Durant, per @basketballtalk pic.twitter.com/S5Wzw75XHd

Earlier this week, Shams Charania of The Athletic broke the news that Kevin Durant told Nets owner Joe Tsai that in order for him to retract his trade demand, Tsai must fire head coach Steve Nash and General Manager Sean Marks.

Joe Tsai responded on Twitter, where he reiterated his full support for the Nets front office and coaching staff which all but confirms Durant’s departure from Brooklyn this offseason.

Our front office and coaching staff have my support. We will make decisions in the best interest of the Brooklyn Nets.

The 33-year-old handed in a trade request over a month ago and his two preferred destinations were the Phoenix Suns and Miami Heat, however it doesn’t appear that either team is able to put together a package that is seen as suitable by Brooklyn.

The Suns resigned center DeAndre Ayton who is now ineligible to be traded this offseason and was seen as the centerpiece of a potential deal with the Nets, and the Heat are unable to offer Bam Adebayo in talks if Ben Simmons isn’t sent the other way.

Thus leaves the Boston Celtics, who are now the favourites to land Durant in a package that would likely feature 25-year-old All-Star Jaylen Brown, who just led his team alongside Jayson Tatum to the NBA Finals.

Marcus Smart is a player that Boston would like to hold on to but it seems like if a deal is there to be done for Durant, Smart will be included in order for the Nets to part ways with their two-time Finals MVP.

Durant still has four years on his contract left and Brooklyn don’t have to trade him if they don’t want to – and this could lead to a potential holdout, with the 34-year-old going AWOL and refusing to report for team camp which starts next month.

Whatever happens this offseason, it’s fairly safe to assume that Kevin Durant will be suiting up in a brand new uniform on opening night.