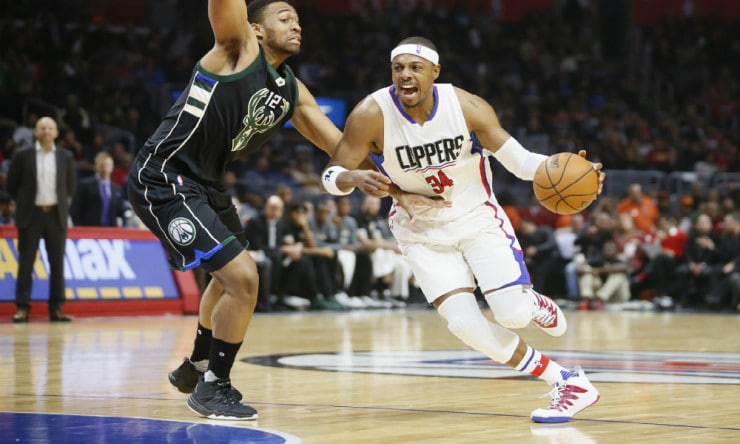 Paul Pierce had never gone scoreless in a game at TD Garden during his 18-year NBA career. And he wasn’t about to let that change during his final visit to Boston. After getting subbed back in to a raucous ovation with 19.8 seconds remaining in the fourth quarter, Pierce hit a 3-pointer over Isaiah Thomas as Boston fans went delirious for a storybook ending to Pierce’s last game at the Garden.

The Celtics emerged with a 107-102 triumph. “I’m glad I ended it that way,” said Pierce, who had been on the bench after playing the first five minutes as a starter. “At least I can say I put one last bucket in.”