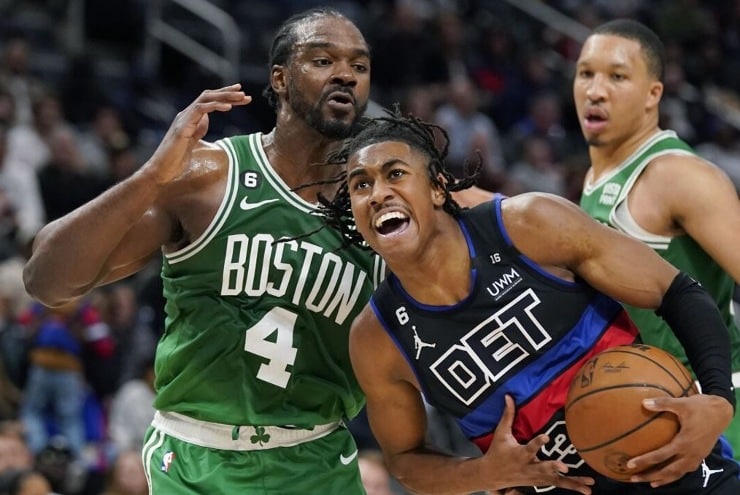 According to various NBA betting sites, the Celtics remain the clear-cut favorite to win the championship this season. However, a few sportsbooks are still showing great odds for the Milwaukee Bucks and Brooklyn Nets.

In the Celtics’ 133-118 win over the New York Knicks on Nov. 5, Vonleh recorded season highs of seven points and seven boards in less than 17 minutes played. He finished 3-of-4 (75%) shooting from the floor and made one 3-pointer.

Back in September, Vonleh signed a one-year, $1,836,090 million contract with the Celtics. Of course, this was a nonguaranteed deal. Last season, the eight-year NBA veteran played for the Shanghai Sharks of the Chinese Basketball Association (CBA).

Vonleh was selected ninth overall by the Charlotte Hornets in the 2014 NBA Draft. During his rookie season, he also spent time with the Fort Wayne Mad Ants of the NBA Development League (now G League). Though, the forward/center played only one season with Charlotte.

No idea. In general, the Celtics have made trades that no one hears about before it's reported a deal is agreed to. They do a pretty good job now of keeping things quiet until that point.

No one heard much about Horford, White or Brogdon deals before Boston traded for them. https://t.co/5iRmqTd30A

In the Trail Blazers’ 103-100 loss versus the New Orleans Pelicans on April 12, 2017, Vonleh recorded a career-high 19 rebounds in 39 minutes as a starter. Not to mention, he amassed 12 points, one assist, and one steal.

The former Boston player will have the opportunity to succeed in San Antonio in Gregg Popovich’s system. So, is Celtics G.M. Brad Stevens making a move to acquire Bojan Bogdanovic from the Detroit Pistons? Now that would be interesting. At the moment, this is coming off as just social media gossip.