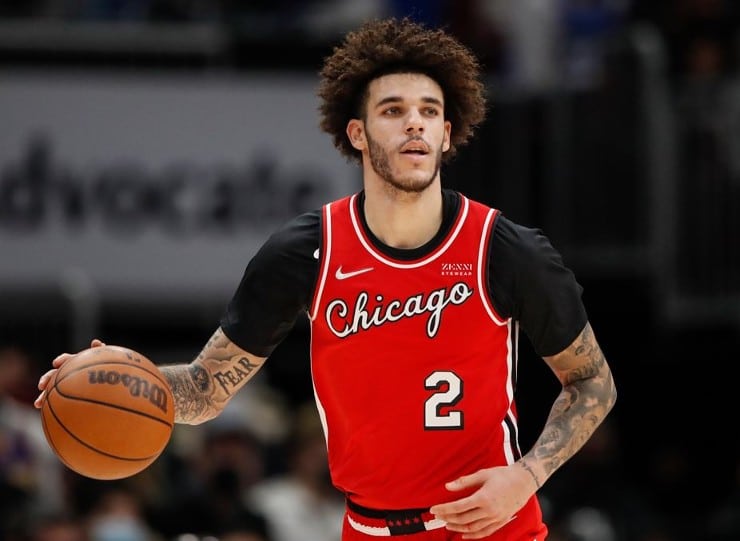 Lozno Ball’s tenure with the Chicago Bulls has not started as the two may have planned. Ball only played in 35 games for Chicago last season and hasn’t played in an NBA game since 1/14/22. It’s been a average season at best so far for the Bulls at 9-11. The team is fourth in the Central Division and are twelfth in the Eastern Conference. Recently, the team game some optometric news that Ball could return to the lineup after the New Year.

NBA betting sites have the Bulls at (+10000) to win the Finals this season.

REPORT: The Bulls and Lonzo Ball have been “hopeful” he will return in early 2023.

Chicago are ‘hopeful’ for Ball to return in early 2023

NBA insider Shams Charania that things are going well the second time around on his knee surgery and rehab. The Bulls are hopeful that he can return some point in early 2023.

“Ball underwent a second surgery on his ailing left knee in late September, and is believed to be making progress in his rehabilitation. Ball and the franchise have been hopeful of his return to action at some point after the calendar flips to 2023, sources said.” – Shams Charania

Backup PG Coby White has also missed eight games this season and it’s forced the Bulls to use a variety of players at PG. They signed free-agent Goran Dragic in the offseason, but he hasn’t made much of an impact for Chicago. He’s been playing (17.8) minutes per game and only scoring (8.3) points per game.

The Bulls could use Ball back in every aspect of the game. He contributes a lot when he’s fully healthy. For his career he averages (11.9) points, (5.7) rebounds, (6.2) assists, and (1.6) steals per game. Chaicgo could use that production back if they want to have a chance to make the playoffs. In the 35 games he played last season, Ball shot the three-pointer at 42 percent, the highest of his career.