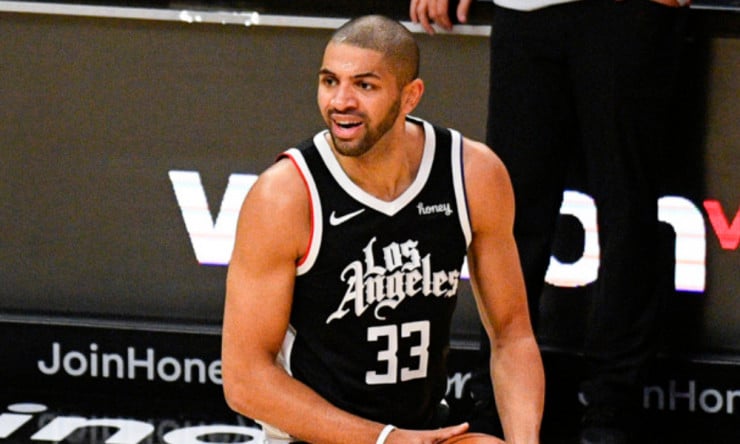 The Portland Trail Blazers get their opportunity to avenge an earlier “embarrassing loss” as they play host the Los Angeles Clippers on Friday at Moda Center. You can check BetOnline odds for this Western Conference battle below.

The Clippers have dropped three of their first four games this season following Thursday night’s 92-79 loss to the Cleveland Cavaliers. The team shot just 35 percent from the field and converted 9 of their 41 shot attempts (22 percent) from the three-point area. To make matters worse for the Clips, the game saw one of its players on the receiving end of a SportsCenter-worthy dunk. That took place early in the second quarter when Cavs guard Collin Sexton drove hard on a fastbreak and hammered a left-handed poster dunk against Nicolas Batum. Trying to run salt in his rival’s wounds, Lakers superstar LeBron James made Sexton’s feat known to all his 50 million followers on Twitter.

My goodness Young Bull! ???. With the left too

Mark Medina of NBA.com writes that the Blazers’ inconsistent start to the season has not dampened Damian Lillard’s hope of his team eventually competing for a championship.

“I’m optimistic. I’m a believer,” Lillard said. “And I love this organization.”

Despite not getting another legitimate superstar next to him the last offseason, the All-Star guard felt the team still has a lot of room to improve. He added he felt the Blazers could look different in the long run under new head coach Chauncy Billups.

The Clippers are putting up mediocre offense across the board. Los Angeles averages 105.5 PPG (20th overall) and shoots 30.6 percent 3PT FG (27th). Sure, Kawhi Leonard’s absence has taken away a major offensive force for the Clips. On the other hand, several players on the roster – including Paul George – also need to step up to fill that gaping void temporarily left by Leonard.

In the game against the Blazers four days ago, the Clippers witnessed a rare offensive explosion from Luke Kannard. The wingman shot 6-for-7 from deep to finish with a team-high 23 points.

In the next game, Portland, which defeated the Memphis Grizzlies 116-96, will have the scouting report prepared to scheme Kennard out this time. In his first year as the head coach of the Blazers, Billups will also get his players focused up after calling them out for their lack of effort in what he called an embarrassing loss to the Clippers earlier this week.

The Clippers scored a sweep against the Blazers in their regular-season series last season. Los Angeles dominated in all four games, with the duo of Leonard and George proving too much for Portland to handle. Fast-forward to the present, and the Clippers are struggling to score baskets as they are missing players that substantially impacted their offense last year. Meanwhile, the Blazers have no issues with their offense, but they are still a work in progress defensively as they allow opponents to score 110.5 PPG.

George, who just scored 14 and 12 points in the past two games, has to come up colossal scoring-wise to put his team in a position to win this game. The Blazers will make some adjustments to rectify everything that went wrong four days ago. In the end, the Clippers will come through with a road win against the Blazers. George will put up All-Star-worthy numbers and get support from his teammates.

Moneyline and ATS: Clippers edge Blazers to improve record to 3-2 against the spread.

Total: Both teams’ offenses will click in this game, resulting in the total going OVER.