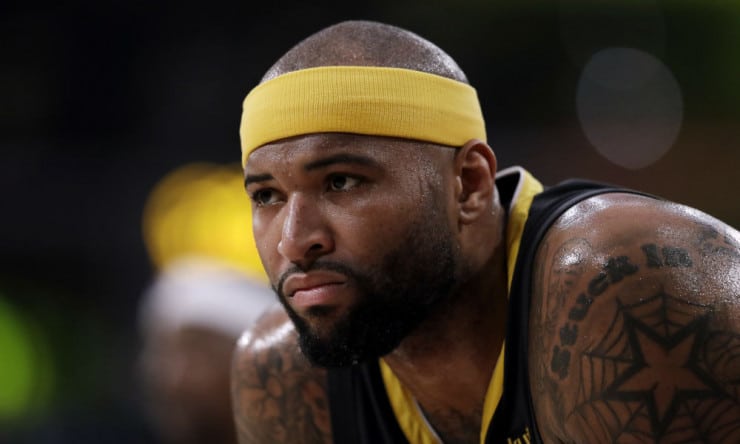 The LA Lakers 2022-23 season has been below average at best about 1/3 of the way through. LeBron James and the Lakers are 13-17 which is fifth in the Pacific Division and twelfth in the Western Conference. Over the weekend vs the Nuggets, Anthony Davis suffered a right foot injury and was said to miss at least one month. Rumors have now come out that it may be closer to 2-3 months he’ll be missing. In the mean time, there’s a possibility that the Lakers sign this former all-star to help the team in need of a big man.

DeMarcus Cousins was not signed by anyone in the offseason and it came as a shock to many. With Anthony Davis expected to miss an extended period of time for the Lakers, Cousins may get his chance to grace the NBA floor once again. He played 48 total games last season and was traded from the Bucks to the Nuggets. At 32 he could still be a valuable piece for the Lakers in the time Davis misses. It certainly wouldn’t hurt for them to reach out.

The last game DeMarcus Cousins played in was ironically against the LA Lakers on 4/10/22. He had 17 points, 9 rebounds, and 5 assists in the game. Bleacher Report’s Eric Pincus thinks that Cousins would be the ideal candidate for the Lakers to sign in the mean time.

” Davis will get a timeline soon, but it may not be apparent by the February 9 trade deadline at what level he’ll return. That may lead to the team making cosmetic changes instead of a blockbuster. The Lakers may look for easier options like a cheaper free-agent center (perhaps DeMarcus Cousins) or whatever the team can bring back for Patrick Beverley, Kendrick Nunn, and second-round draft considerations,” – Eric Pincus

Thomas Bryant has played well for the games the Lakers have asked him to have an increased role, but adding a veteran like Cousins could also be beneficial. The foreseeable future is a mystery for the Lakers and they’ll likely just be trying to scrape by as much as they can with Davis out.