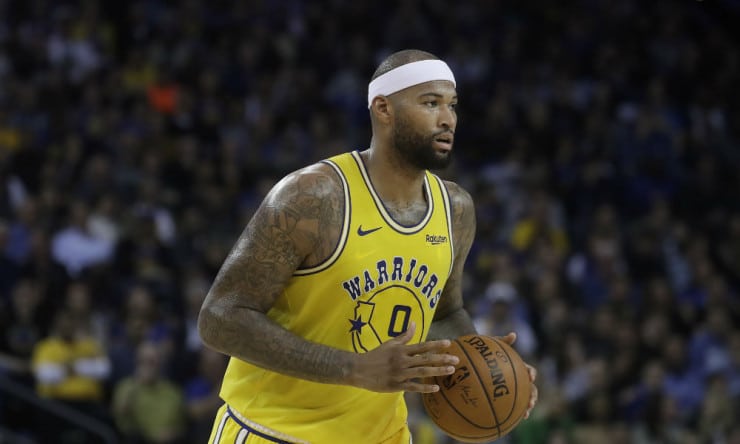 Without question it has not been the season that the Lakers intended on having so far. At 17-21 the team is twelfth in the Western Conference and are eight games out of first place. There was a point this season when Anthony Davis was looking like a MVP candidate and his injury has derailed there season. The Lakers are in serious need to get get some depth in their front-court and they are reportedly bringing in DeMarcus Cousins in for a workout.

Cousins is an 11-year NBA veteran and last played for the Denver Nuggets last season where he averaged 9/6/2. Even with the chance of Davis returning in the next week or so, the Lakers could still use some veteran depth from a center like Cousins.

California Sports Betting sites have the Lakers at (+3300) to win the Finals this season.

Lakers reportedly bringing in DeMarcus Cousins for a workout

Sources have reported that Cousins has been working out six days a week in Vegas right now in order to stay ready for a situation like he may be in. As of yesterday in the NBA, teams are now allowed to sign free-agents to 10-day contracts. Chris Haynes of Bleacher Report had this document of the reported workout.

“Four-time NBA All-Star DeMarcus Cousins is expected to work out for the Los Angeles Lakers at some point next week, … “The official date has yet to be determined.” – Chris Haynes

He last played in April of last season lost to the Warriors in the playoffs in five-games. Center Thomas Bryant’s role has increased with the Lakers this season as they are in need of depth down low. If Cousins were to join the Lakers, he and Bryant could be a nice duo coming off the bench for LA.

Cousins was a member of the Lakers in 2019-20, but suffered an ACL injury and was waived by the team in February to make room on the roster. This will be his second stint with the team if they end up signing him, but still has yet to make his Lakers debut in the purple and gold.