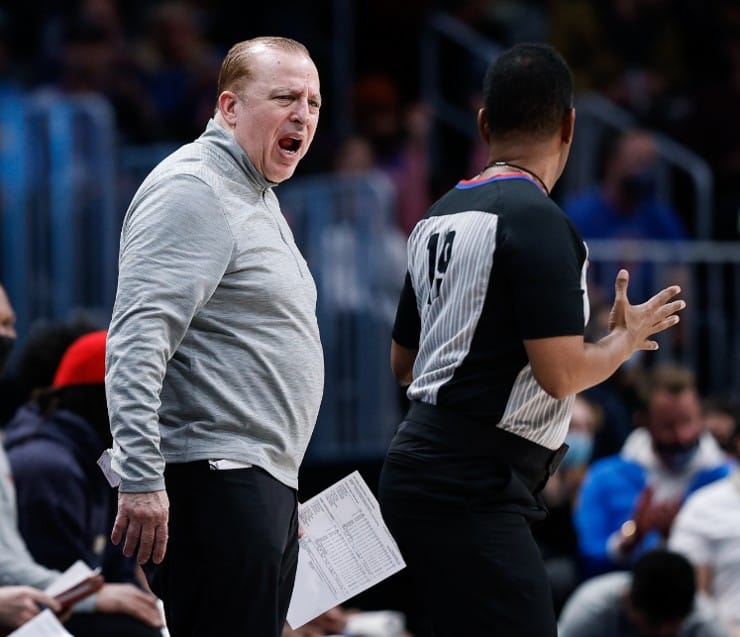 The New York Knicks are 10-12 this season after their 109-103 loss to the Milwaukee Bucks on Wednesday night. New York has struggled for close to a decade to get a serious star in the building who can change the franchise. On the hot seat this season is head coach Tom Thibodeau. He’s been with the team since 2020-21. Now, Thibodeau could be nearing the end of his tenure with the Knicks if he doesn’t find a way to turn the season around.

His best season with New York was his first in 2020-21. The Knicks had a 41-31 record that season and lost in the first round of the Eastern Conference playoffs. NBA betting sites have the Knicks at (+20000) to win the Finals this season.

Enough is enough. Do the right thing. Fire Tom Thibodeau.
– The Fans pic.twitter.com/flpog82prJ

Tom Thibodeau needs to save his job with the Knicks

Thibodeau has shifted the lineups around to try and give the Knicks some life. He took Evan Fournier out of the starting lineup and that worked, but not enough for the team to consistently win. The Knicks have lost six of their last seven games at home. According to Ian Begley, New York rough start has started some “internal scrutiny” that could go beyond Thibodeau.

“Internally at MSG, there is heightened scrutiny on the club’s game-by-game performance. That scrutiny was raised after the loss to Oklahoma City and it’s not solely focused on Thibodeau. The entire organization is under the microscope amid a 10-12 start.” – Ian Begley

At this point, Thibodeau isn’t making the Knicks better right now. He’s genuinely trying to keep the team a float this season to save his own job. Knicks fans are asking for the coach to be fired and for Johnnie Bryant to become the interim head coach, similar to what the Nets did with Jacque Vaughn. New York also needs to add another all-star to the team if they want to have a serious chance to compete. The trade deadline is a little over two months away and the Knicks should start making some calls now.