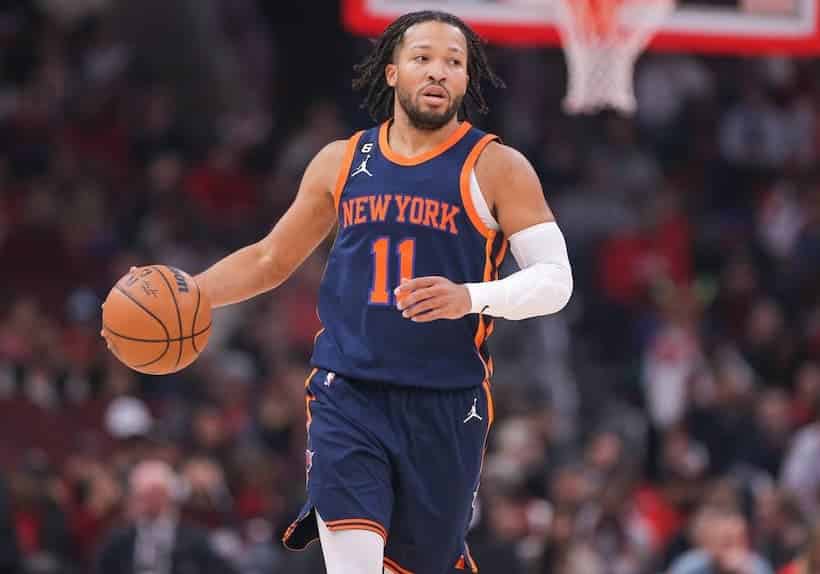 After a 113-106 loss to the Toronto Raptors last night, the New York Knicks eight-game losing streak came to an end. Tom Thibodeau’s Knicks are 18-14 so far this season and are 8-2 in their last ten games. The signing of Jalen Brunson has been beneficial for the Knicks. His (20.4) points per game are second of the team and his scoring has opened the floor for others players to have success. Yesterday, however, the league announced that they are taking away the Knicks second round draft pick in 2025 as a result of an investigation into the signing of Brunson.

The NBA announced of Wednesday afternoon that the New York Knicks will be losing their 2025 second-round pick in direct result of a league investigation into the teams signing of Jalen Brunson in the summer. They also announced that the Knicks fully cooperated with the investigation.

The following was released by the NBA. pic.twitter.com/qBA7JnwKlo

The 26 year old PG was the Knicks big signing in the offseason this 0ffseason when they gave him a four-year $104 million contract. He joined a franchise where his family has a large number of ties. Brunson is a New Jersey native and he’s back close to home. On top of that, the Knicks hired Brunson’s father Rick as a assistant coach in the offseason, who had previously worked under head coach Tom Thibodeau in the past.

For the Knicks and Brunson, the plot continued to thicken. Leon Rose is the president of the New York Knicks and his extensive career in the league ironically began when he signed Rick Brunson as his first client and later did the same for Jalen. He had to leave Jalen when he became president of the Knicks, but Rose’s son Sam would soon become Brunson’s new agent.

To make matter worse, the Knicks even reached out to Brunson before the June 30 and that conflicted with the leagues polices. The NBA released this statement yesterday.

“This outcome reflected a finding, following an investigation, that the Knicks engaged in free agency discussions involving Jalen Brunson prior to the date when such discussions were permitted,” – NBA