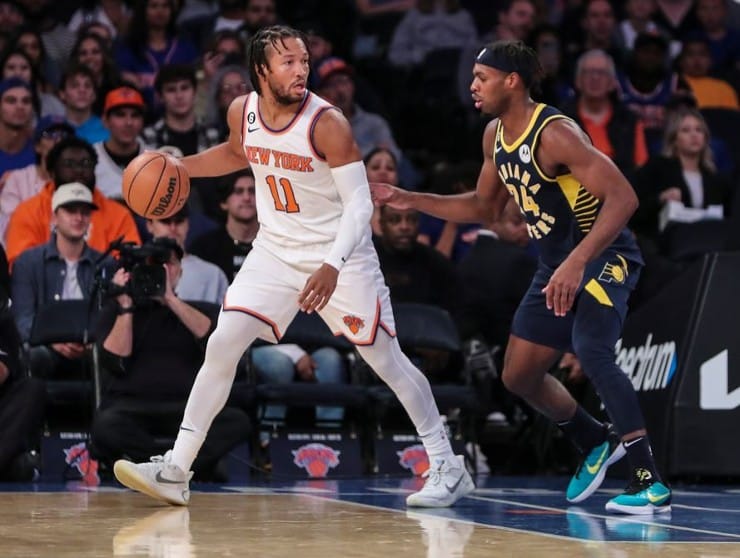 The New York Knicks have been trending upwards lately. They’ve been at .500 or close to it for most of the season. After their 128-120 win in OT vs the Chicago Bulls, the Knicks are 15-13 this year and are sixth in the Eastern Conference. New York has won six of their last ten games. Head coach Tom Thibodeau praised Jalen Brunson after the game for being a player that the team can rely on in crucial situations.

Yesterday’s game with Chicago is the second of a back-to-back mini series for the Knicks. The two will play again on Friday in Chicago. It marked the fifth win in a row for the Knicks. Jalen Brunson had an incredible game for the Knicks and he’s proved to be proving his worth more and more as the season progresses. In the OT win, Brunson had 30 points, 2 rebounds, and 7 assists for the game. He’s continued to produce for New York this season.

🤯 Still not over this play! pic.twitter.com/EvuoiZI8S3

Brunson has battled through a few injuries already this season, but he hasn’t missed a single game yet for the Knicks. He suffered a foot contusion vs the the Kings last Sunday and has somehow not been affected by it at all. Brunson said if he’s able to walk, he is going to play and give it his all. Tom Thibodeau had this to say about Brunson’s performance last night.

“Has been through so many different things. [He] has a strategy for everything,”… “just gets out there and gets it done.” – Tom Thibodeau

Bottom line the team was happy to get a win and they’re on a bit of a hot streak right now. After their second game of a back-to-back with Chicago, the Knicks will play the Indiana Pacers at 5:00pm on Sunday.