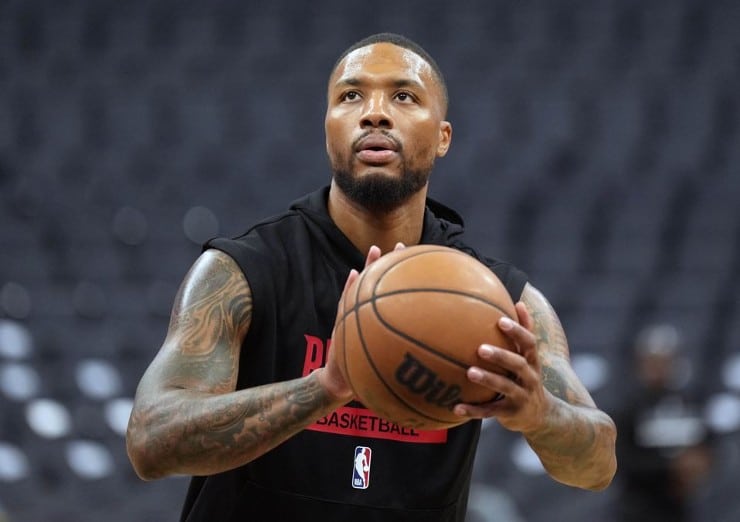 According to a few NBA betting sites, the Trail Blazers with Damian Lillard possess the 18th-best odds to win the championship in 2023. Some sportsbooks show greater odds for the Dallas Mavericks and Los Angeles Lakers.

“It’s a great feeling to reach the top,” Damian Lillard said. “It’s been a goal of mine, and the list has so many players, great history of our organization, so to finally be No. 1 is a special accomplishment that I’m proud of.”

During the 2018-19 season, Lillard scored a career-high 2,067 points in 80 starts. He averaged 25.8 points per game, and it was the only season the guard logged at least 20 PPG while making at least 80 appearances.

Last year, Lillard was selected to the NBA’s 75th Anniversary Team. Although, he made only 29 starts with Portland in the 2021-22 season due to an abdominal injury. And the guard has missed 12 games this season because of a Grade 1 calf strain.

Through 19 starts this season, Damian Lillard is averaging 28.3 points, 3.8 boards, and 7.0 assists per game. Plus, the Weber State product has recorded five double-doubles. He’s also shooting 45.5% from the field and a career-best 40.4% from 3-point range.

“Even during the game tonight, I wasn’t playing focused on getting to the record,” Lillard said. “I was playing the game just trying to win. I knew it would happen eventually.”

If the 11-year veteran can stay healthy for the remainder of the season, he will definitely move up the NBA’s all-time scoring list. By the midpoint of next season, Lillard should crack the top 50.