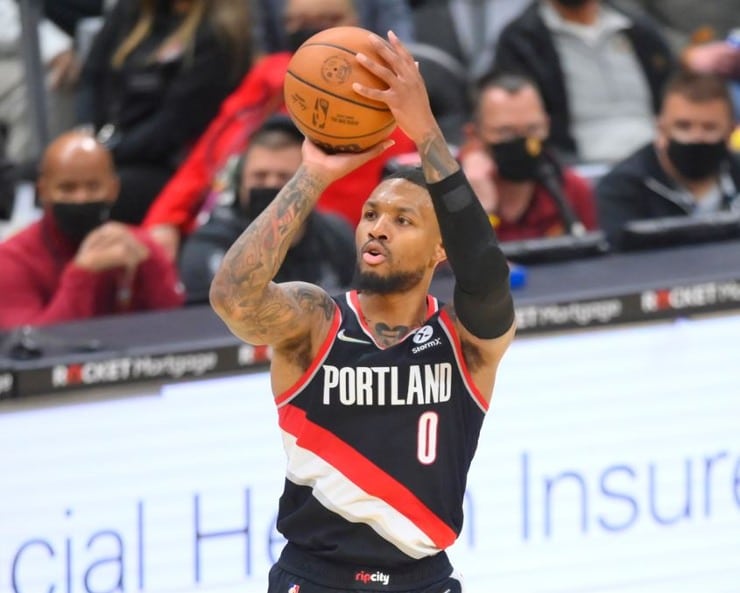 The Portland Trail Blazers have surprised the league with how well they’ve played this season. Portland is 15-12 so far this year which is second in the Northwest Division and sixth in the Eastern Conference. They are 5-5 in their last ten games and are on a two-game win streak. Last night, Damian Lillard tied a career-high record of his own and carried the team with his elite three-point shooting.

In the Blazers 133-112 win vs the Timberwolves last night, Damian Lillard had 38 points in 29 minutes played last night. Portland was up 106-84 heading into the fourth quarter and Lillard didn’t play a single minute in that quarter. He tied his own career-high record of eleven three’s made in a game, going 11-17 from deep. Lillard may not have the championships and acolades that other players have, but he’s one of the best shooters in his generation.

NBA betting sites have the Blazers at (+7000) to win the Finals this season.

His eleven three-pointers in last night’s game ties him for fourth all-time for three’s made in a game. The all-time record is help by four-time NBA champion Klay Thompson. He had 14 three’s vs the Chicago Bulls back in 2018. Blazers fans would have loved to see their superstar stay in the game to try and break the record. However, it was probably best for him to not play the fourth and risk re-injuring himself.

Lillard has missed eight games this season due to a calf injury and his head coach Chauncey Billups was likely playing it safe with his franchise player. Even Nets forward Kevin Durant went to twitter last night to try and vouch for Lillard to play the fourth quarter.

With his epic performance from deep last night, Lillard joined Steph Curry as the only two players in NBA history with at least three games with 11 or more three-pointers made.