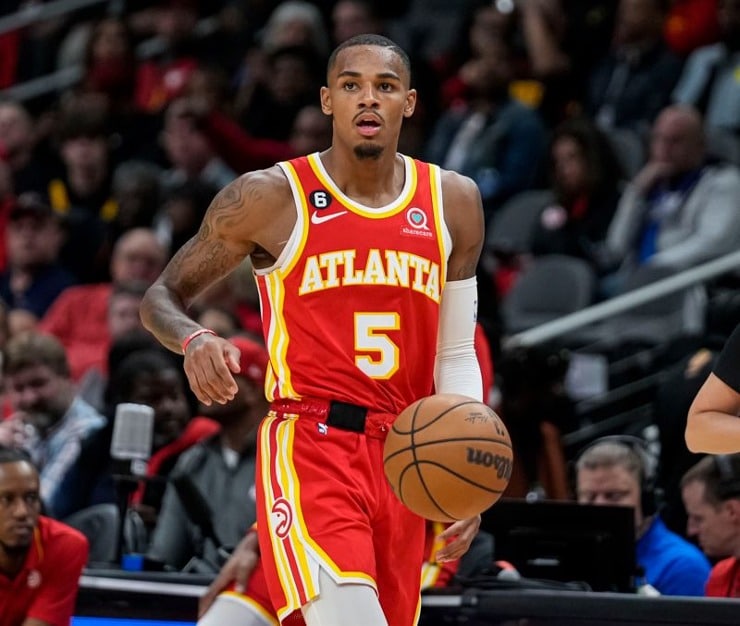 Dejounte Murray feels the Atlanta Hawks would learn better by an ugly win rather than from a blowout loss. “Like I was preaching after the game, we’ve got to grow up,” Murray said following Atlanta’s 126-125 win over the Orlando Magic on Monday.

“Starting with me. Just what we’re playing for, these type of games show we’re not playing to win and get to the playoffs and try to make noise. We’ve got to grow up. It’s OK to learn from a win, even losses, but you’d rather learn from a win than a loss. We got sloppy and comfortable and almost lost the game.”

A few NBA betting sites are giving the Hawks the 16th-best odds to win the championship in 2023. Check out which sportsbooks are showing better odds for the Toronto Raptors and Miami Heat.

Dejounte Murray knocked down two clutch free throws in the final seconds of Monday’s win. Orlando overcame a 13-point deficit and went on a 12-0 run in the fourth quarter to take a 125-124 lead.

Although the Magic outscored them 31-22 in the final period, the Hawks led 34-27 at the end of the first quarter. Murray ended his performance with 17 points, five rebounds, three assists, and two steals in 38 minutes of action.

Dejounte Murray believes the Hawks have to finish stronger in the fourth quarter, especially against below-.500 teams

Of course, after Dejounte Murray sank both of his free throws, Paolo Banchero then missed a 3-pointer at the buzzer for Orlando. This loss for the Magic snapped their six-game win streak. They were going for their seventh straight win since January 2011.

Trae Young went off, and Dejounte Murray knocked down 2 clutch free throws to win it for the @ATLHawks!

After the Hawks’ win against the Magic, the team is now 16-15 and ranks eighth overall in the Eastern Conference standings. They have the same record as Miami.

Moreover, Atlanta is averaging 114.3 points per game this season, ranking 13th in the league. The Hawks are allowing 115.4 points per contest, so they rank 19th in opponent points per game.