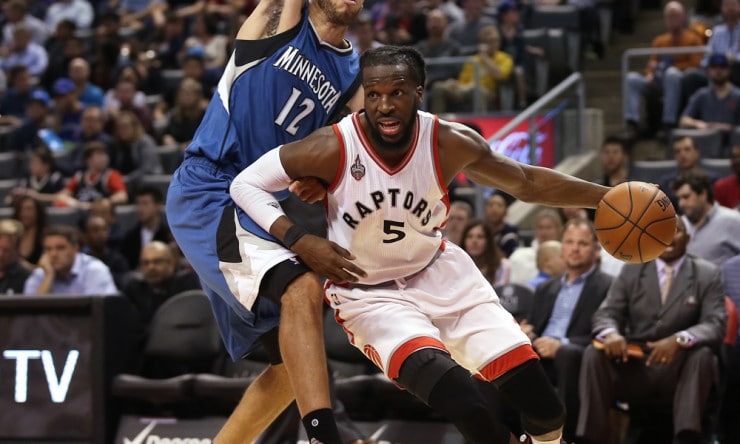 DeMarre Carroll is looking ahead with excitement, but he’s also willing to glance back at his time in Toronto.

In doing so, the veteran small forward detailed, in surprisingly forthright fashion, some of the problems he felt plagued the Raptors.

‘You’ve got to trust it. It’s one of those things you’ve got to build, you’ve just got to trust each other. This year, I feel like a lot of guys didn’t trust each other and a lot of guys, they didn’t feel like other guys could produce or (be) given the opportunity, so there was a lot of lack of trust on our team, so that’s what hindered us from going (as far as they wanted to go).’

Some with the Raptors would counter that Carroll isn’t taking responsibility for his role in the locker room divide or for the lack of bite in his own play that failed to carry over from Atlanta.

The Raptors replaced Carroll by dealing his closest friend on the team, Canadian national team captain Cory Joseph, for C.J. Miles, formerly of the Indiana Pacers.