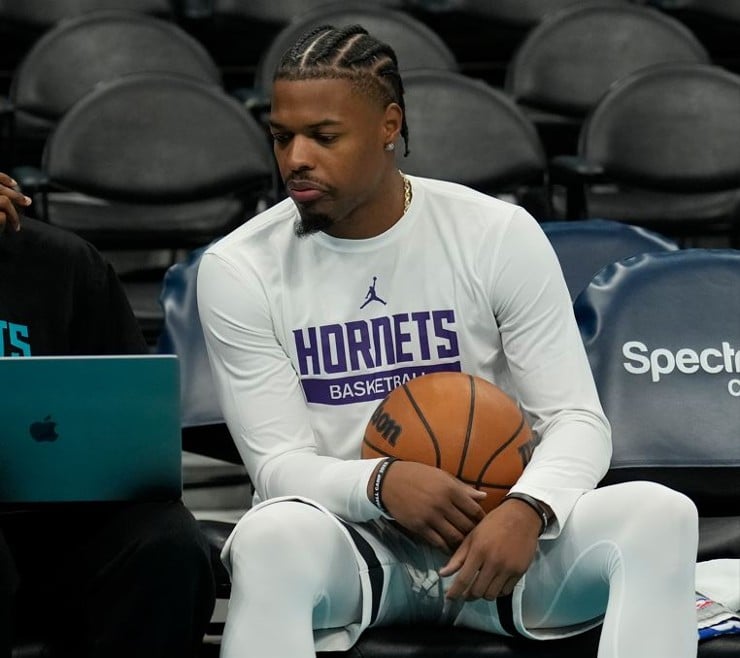 Dennis Smith Jr. contemplated the NFL before signing with the Charlotte Hornets in September. In late February, the 24-year-old was waived by the Portland Trail Blazers.

Upon further review of some NBA betting sites, the Hornets have the 21st-best odds to win the championship this season. Although, a few sportsbooks are expecting Charlotte to return to the playoffs.

Dennis Smith Jr. began training for the NFL before signing with the Hornets

“I told my previous agent, ‘I’m not going overseas.’ If sh– don’t work out, I’m just going to the NFL. And I was dead-ass serious. I put on hella weight. I was gonna try.”

Throughout the offseason, he didn’t receive any offers from teams until Hornets G.M. Mitch Kupchak gave him a call. Prior to the offer, Smith made it clear that he had no desire to play outside the country.

“If s—t don’t work out, I’m just going to the NFL. I was dead-a— serious, and I put on a lot of weight. I was going to try.” Smith planned to compete for a roster spot as a defensive back.

Dennis Smith Jr. contemplated the NFL before signing with the Hornets in September

Nonetheless, not a single NFL team contacted him before he received a one-year offer to play for the Hornets. Smith thought he could play professional football after getting cut by his fourth NBA team in five years. Perhaps he would have made a football team’s practice squad.

“People were just trying to write me off. I was like, you’ve got all these guys way older than me with whatever their situations are, and they’re getting an opportunity of this, that, and the third.”

Dennis Smith Jr. played one season of college basketball with NC State. While the North Carolina native considered the NFL, coaches search for young prospects with at least some football experience at the NCAA level.

If the guard wanted a spot on an NFL team, he would have to train harder as a defensive back. Not to mention, Dennis Smith Jr. would have greater competition to make the 53-player roster.

Plus, the average career of an NBA player is 4.5 years.

Meanwhile, according to the NFL Players Association (NFLPA), the average career of an NFL player is 3.3 years. Because football is a full-contact sport, quite a few football players struggle to stay healthy.

Of course, Dennis Smith Jr. is not the only NBA player to consider playing in the NFL.

“I definitely thought about it,” James told the Mannings. “I still got the jersey they sent me, and I wanted to be a red-zone specialist, like Gronk.”