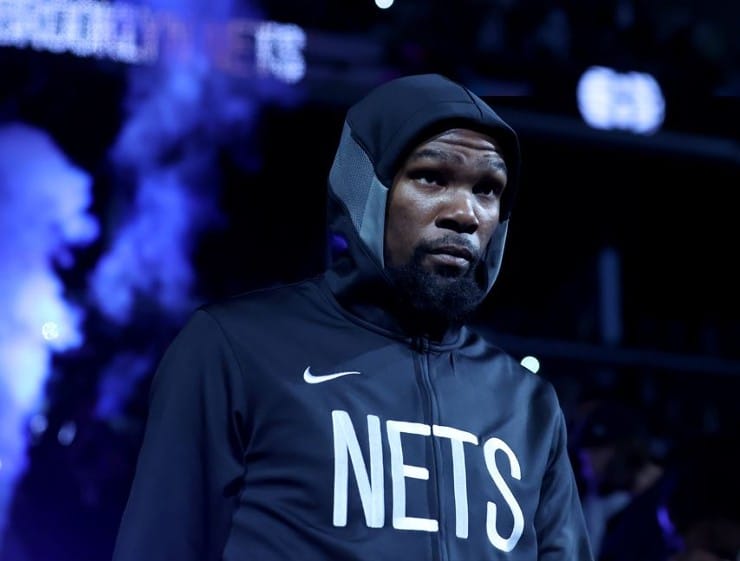 Kevin Durant had to be replaced after Heat’s swingman Jimmy Butler landed on his knee during last night’s clash against Miami. It wouldn’t take long after Brooklyn would announce the star would miss the rest of the game, which they were able to squeeze in a tight victory 102-101 over Heat.

Kevin Durant had to leave the game after Jimmy Butler landed on his knee on this play.

Before KD had to leave the court, he was on fire scoring 17 points, four rebounds, two assists, one steal and one block. Fortunately for the Nets, Kyrie Irving stepped into the spotlight with 29 points to him name.

Brooklyn moved up to the East’s second place with a 27-13 record, and will meet the Celtics this Thursday for a direct battle for the top of the Conference. The Nets’ coach Jacque Vaughn informed the press that today we should have more information on Durant’s MRI.