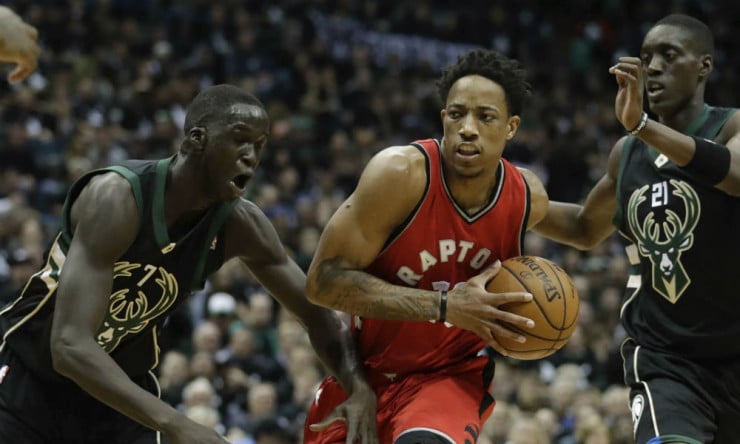 Toronto Raptors head coach Dwane Casey said Tuesday that he has plans to give DeMar DeRozan more time at point guard during the 2017-18 season.

“DeMar DeRozan, have him handle the ball a bit more as a point guard, a facilitator, a passer. Kyle Lowry moving the ball a bit more, spacing up. We don’t want to give our whole ‘what we’re going to try to do next year’ away, but again it comes down to passing the basketball and better spacing more so, than we know, one-on-one play.”

DeRozan proved himself as a capable and willing facilitator when Lowry was out for a 20-game stretch during the 2016-17 season. The three-time all-star shooting guard averaged 4.4 assists over that stretch, which would set a career-high if compared to his regular season statistics.

Casey also said that he’s not going to shy away from allowing DeRozan to create in the mid-range in iso situations, knowing it helps him draw fouls. But the focus is clear: the Raptors are looking to create more ball movement.

Source: The Andrew Walker Show via Bryan Meler of Sportsnet