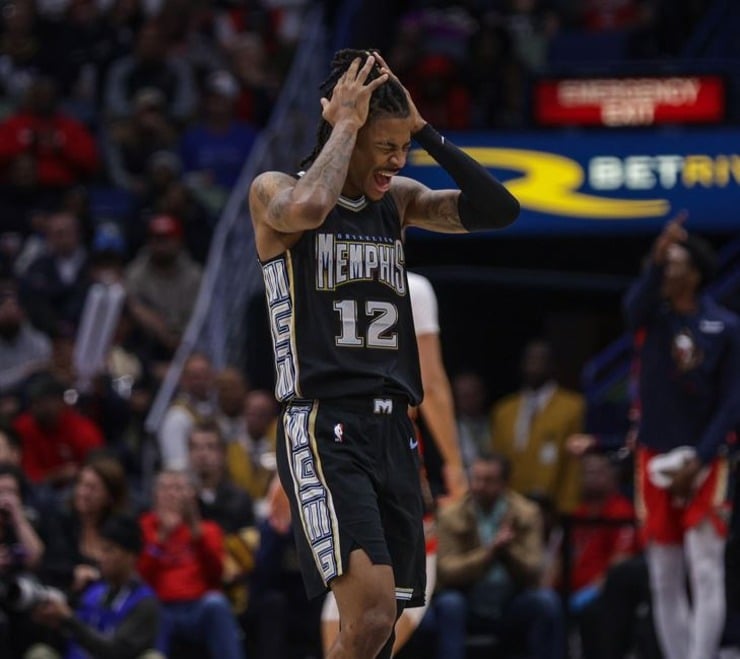 On Friday, Morant suffered a Grade 1 sprain to his left ankle in the Grizzlies’ 121-110 win over the Oklahoma City Thunder. The All-Star has not yet been ruled out versus Sacramento.

Per multiple NBA betting sites, the Grizzlies have the 11th-best odds to win the championship in 2023. Some sportsbooks show better odds for the Dallas Mavericks and Denver Nuggets in the Western Conference.

Furthermore, the Grizzlies are coming off a 127-115 loss to the Brooklyn Nets. Dillon Brooks led Memphis in scoring with 31 points. However, Memphis struggled throughout the fourth quarter without Morant, Bane, and Jaren Jackson Jr.

However, the Grizzlies trailed by just three points after the third quarter. It was competitive earlier on, but then the Nets went on an 18-5 run. Yuta Watanabe made four 3-pointers to help give Brooklyn a 114-98 lead.

“It was, I thought, a heck of a first three quarters,” Grizzlies coach Taylor Jenkins said after the loss. “Three-point game, just didn’t make enough plays in the fourth quarter. They got hot.”

Of course, the Kings are playing some of the best basketball in the NBA at the moment. They have won six consecutive games for the first time since the 2004-05 season.

Ja was helped off the court after an apparent ankle injury. pic.twitter.com/ExZoWSxqJB

During Sacramento’s six-game winning streak, the team is averaging 131.5 points per game. The Kings are averaging more points (121.4) than any other team since the 1983-84 Denver Nuggets.

As for the Grizzlies, they’ve lost three of their last four games.

At 8 p.m. ET on Tuesday, the Kings play the Grizzlies at FedExForum. According to ESPN’s Basketball Power Index, Sacramento has a 50.8% chance of winning. This game can be watched live on Bally Sports Southeast.