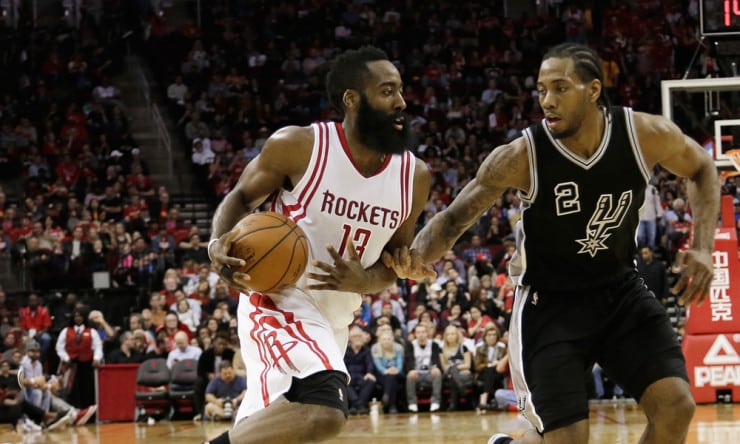 James Harden recorded his first triple-double of the season, and the 10th of his career, finishing with 24 points, 15 assists and 12 rebounds [in a win] against the Spurs. He became the first player in franchise history to record a triple-double with 15 assists.

Nearly every night, Rockets coach Mike D’Antoni says that Harden had a monster game. He has recorded 20-plus points in a career-high 23 consecutive games dating to last season and has done so in 261 of 322 games with the Rockets. Harden said last week that he just shrugs at the numbers he has been producing and tries not to think about it.