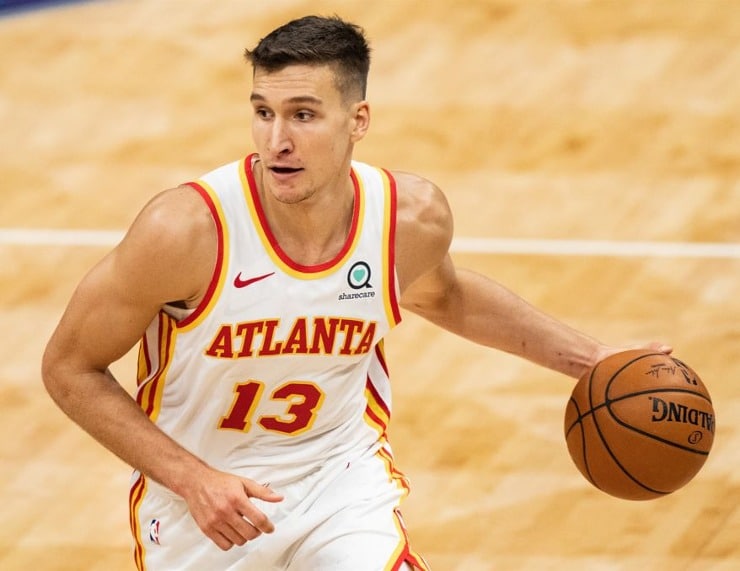 Of course, other players listed on Atlanta’s injury report include Dejounte Murray (ankle), John Collins (ankle), and Trae Young (back). Murray is out indefinitely, Collins was downgraded to out, and Young is questionable.

Based on a couple of NBA betting sites, the Hawks have the 15th-best odds to win the championship in 2023. A few sportsbooks are showing greater odds for the Philadelphia 76ers and Cleveland Cavaliers.

Looks like the Hawks will have Clint Capela and Bogdan Bogdanovic back tomorrow night @ the Magic.

Furthermore, the nine-year veteran has missed only three games this season. Needless to say, Capela leads the Hawks in rebounds this season. The 28-year-old has recorded 16 double-doubles as well.

As for Bogdan Bogdanovic, through five games off the bench, the sixth-year guard is averaging 18 points, 3.2 rebounds, and 2.2 assists. He’s also shooting 42.3% from the floor and 38.8% beyond the arc. Bogdanovic missed the first 22 games of the season due to a right knee injury.

The Hawks are 1-4 in their last five games. Atlanta is 8-1 in its previous nine matchups against Orlando. On the other side, the Magic are 3-2 in their past five contests. They are 2-9 in their last 11 head-to-head games versus Eastern Conference opponents.

According to ESPN’s Basketball Power Index, the Hawks have a 52% chance of beating the Magic away. Though, Orlando has a good chance of winning, considering the team is on a three-game win streak. Sportsbooks have not yet released the odds for this intraconference matchup.