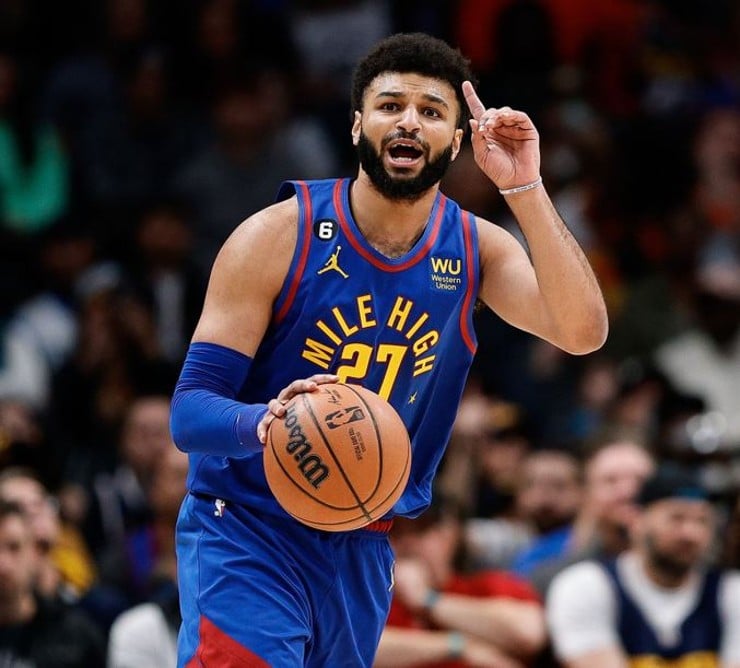 The Denver Nuggets could be short-handed yet again as they get ready to battle the Miami Heat. Their point guard, Jamal Murray, is questionable to play in their return home to the Ball Arena. Murray was held out of Wednesday’s matchup against the Sacramento Kings. A game where the Nuggets lost a nail-biter by one point. Denver had a 20-point lead at one point. However, they eventually blew it as the Kings’ backcourt spearheaded by De’Aaron Fox and Malik Monk exploded in the fourth quarter.

Denver clearly missed two of their best closers down the stretch as Aaron Gordon was also out. Murray was held out for precautionary reasons considering the team was on a back-to-back. Remember, the team announced before the season that he would not be playing back-to-backs with him coming back from a torn ACL. With Denver returning home to battle the Heat, Jamal Murray is still questionable along with Aaron Gordon (shoulder) and Bruce Brown (ankle).

While Murray has been knocking some of the rust off after missing an entire season, he has picked up his play as of late. He is looking more and more like the Jamal Murray of old. The two-man game with him and Nikola Jokic is starting to become deadly again. In the past five games, the Kentucky product has averaged 21.0 points, 4.8 total rebounds, and 8.2 assists per game while shooting 37.1 percent from beyond the arc. On top of this, he has also logged 25 or more points in the past three games he has played.

We have not even mentioned his play during the clutch. Murray already has one game-winner on the season. A game-winner which was a three-point shot he hit at Portland in a one-point thrilling win over the Trail Blazers. In the 128-125 overtime win over the Phoenix Suns on Christmas Day, Murray had a key dunk to tie it down the stretch in the fourth quarter. While Jamal Murray has had his fair share of games where he has looked rusty to start the season, he is already starting to establish himself as Denver’s second-best player yet again.

Denver Going Into Their Matchup With the Miami Heat

Per BetOnline, the Nuggets are favorites to defeat the Heat at -110 odds. Despite possibly being short-handed, this makes sense considering Denver is one of the better home teams in the league. They currently have a home record of 8-3 and are 8-2 overall in their past 10 matchups. Not to mention, Denver is second in the Western Conference behind the New Orleans Pelicans.

As for the Miami Heat, they have not started the year as good as they would have liked as they are currently seventh in the Eastern Conference with an 18-17 win-loss record. They are 5-9 on the road this season. Miami will have a tough test trying to contain the reigning MVP in Nikola Jokic. A center who is coming off yet another 40-point performance. Whether Jamal Murray plays or not, the Miami Heat are going to have an uphill battle. Especially trying to slow down this high-powered Nuggets offense.