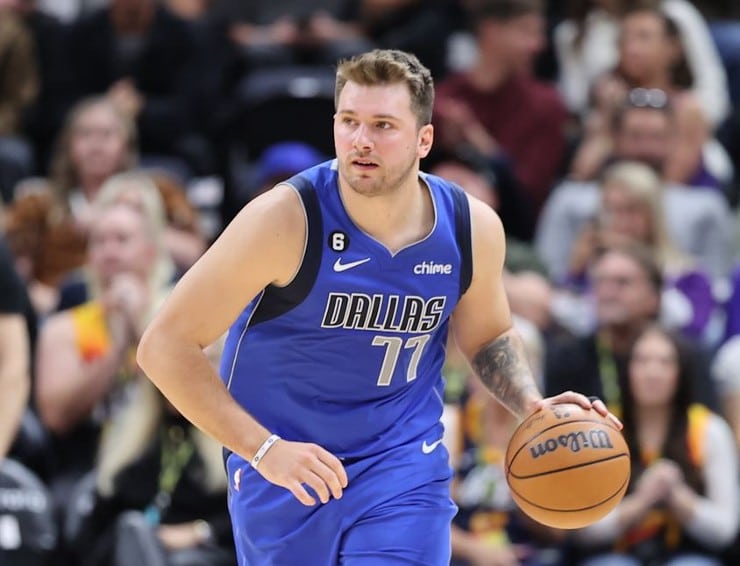 The Dallas Mavericks are 13-11 so far this season. That puts them in third in the Southwest Division and seventh in the Western Conference. Dallas are 5-5 in their last ten games, but are on a three-game win streak. Doing it all for the Mavericks this season is superstar Luka Doncic. He leads the league in scoring with (32.9) per game.

For the season, Doncic averages (32.9) points, (8.6) rebounds, (8.7) assists, and (1.7) steals per game for the Mavericks. The team and his coaches put a lot of responsibility on him and he answers the call almost every night. One thing that is clear as day for the Mavericks is that this usage rate for Doncic is not sustainable for the entire season, and his head coach knows that.

NBA betting sites have the Mavericks at (+2200) to win the Finals this season.

In an interview with Yahoo Sports last week, Jason Kidd spoke on how his usage rate is not sustainable for the entire season.

“For 82 games, it’s no way that he can play at this level, the usage is just way too high,”… “No one can. You know, the things that we ask him to do on the offensive end and then asked him to defend on the other end. It’s a lot.” – Jason Kidd

Doncic’s usage rate this season is at (36.9) this season which is the third highest in the league behind Giannis Antetokounmpo (38.0) and Joel Embiid (37.6). He is shooting 50 percent from the field this season and 35 percent from beyond the arc. It’s clear that Luka is carrying the Mavericks almost every game and the team may need to look into getting him some help.

Even their head coach knows this usage rate is not sustainable for Doncic or the Mavs and that is why the need to look into finding Doncic another star to help ease the burden he carries every night for the team. They had one in Kristaps Porzingis who’s having a nice season for Washington, but traded him away.