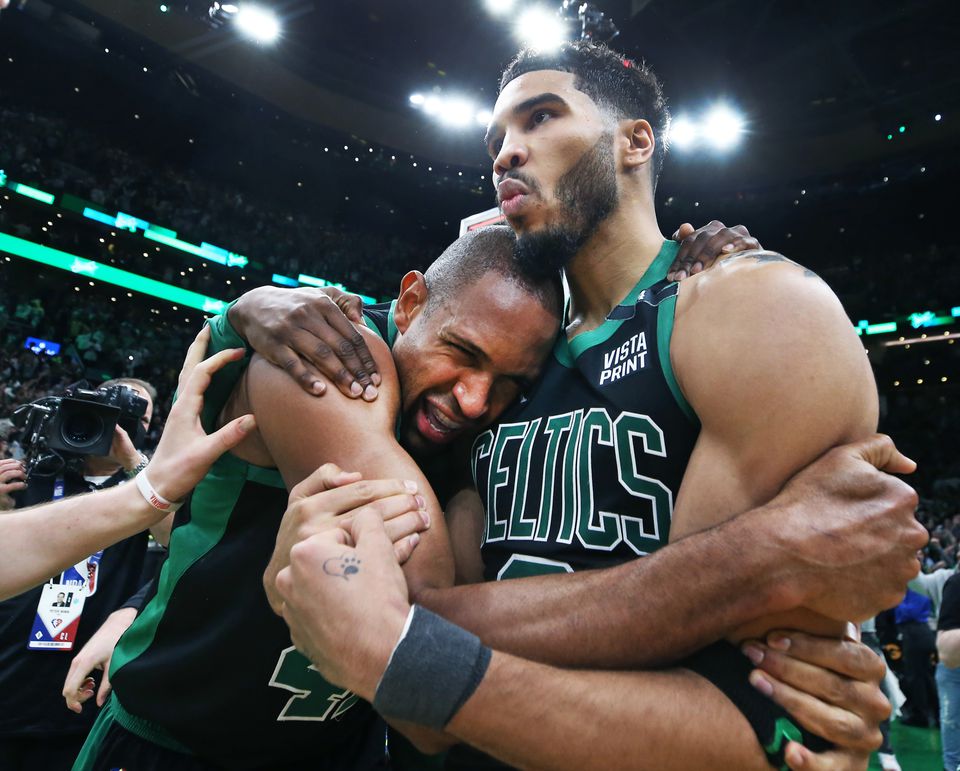 In the second NBA Finals rematch of the season after the Warriors won a blowout in December, the Celtics got their revenge in an overtime classic at TD Garden.

Al Horford posted a double-double of 20 points and 10 rebounds on 8/13 shooting from the field including two clutch threes to steer Boston to victory – eight in a row for Joe Mazzulla’s side.

Post-game, Jayson Tatum said that the five-time All-Star ‘looked like he was 25’ after yet another impressive showing for the team with the NBA’s best record.

CELTICS LEAD BY 4 ON TNT pic.twitter.com/75RFP94QKS

Tatum told Horford to play in the post and be aggressive

Asked Al Horford if his early post-ups were part of the game plan and he said they weren’t.

Jayson Tatum told him to get in the post,

Horford was cooking early and posted 10 points and 5 assists inside the first quarter including a chasedown block on Jordan Poole and a vintage pump fake, drive and dunk.

The former third overall pick stressed that this was just a regular season game and the Celtics should not get ahead of themselves, despite the importance of the encounter.

“I just thought he brought a different type of physicality and mindset to the game. I thought he helped us get going by having a good start, and we needed that tonight. He was big.”

NBA betting sites have the Celtics as outright favorites to win an 18th Larry O’Brien trophy in 2023, ahead of the Milwaukee Bucks, Brooklyn Nets, Denver Nuggets and Warriors.