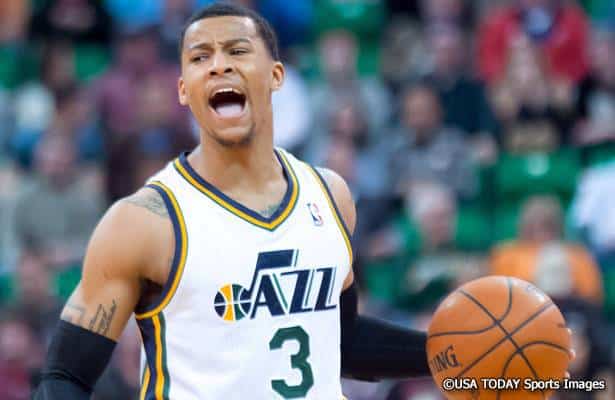 Burke will play on Team World in the NBA Africa Game 2015 on Aug. 1 at Ellis Park Arena in Johannesburg, South Africa.

“I’m honored to be representing the Utah Jazz and Team World in the first-ever NBA game in Africa,” said Burke. “I look forward to not only playing in the game, but also being able to give back during the community outreach activities.  This is without a doubt an experience that I will truly cherish.”