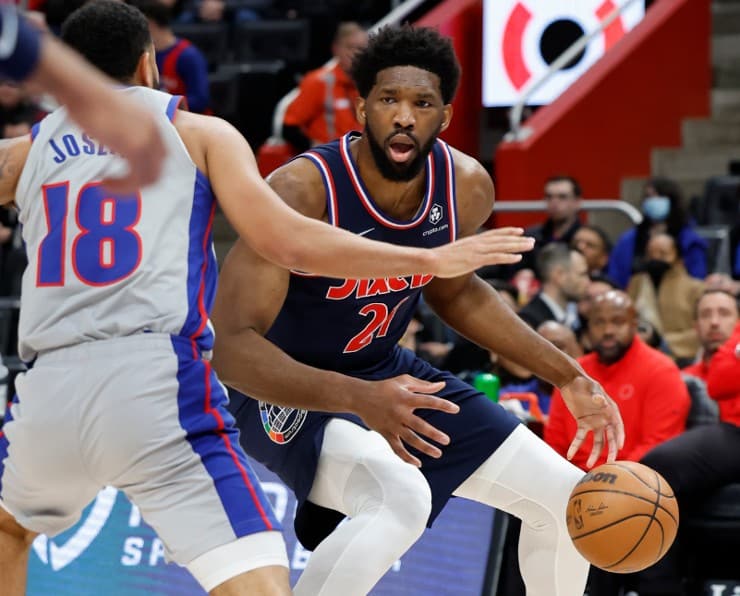 Five-time All-Star Joel Embiid is the first center since Shaquille O’Neal to win the NBA scoring title. In a total of 68 games played this season, the 76ers’ center averaged a league-best and career-high 30.6 points per game.

Philadelphia 76ers star Joel Embiid wins the 2021-22 NBA scoring title, the first center to lead the league in scoring since Shaquille O’Neal in 1999-2000.

Not to mention, Joel Embiid is the first international-born player to become the NBA scoring champion. And, he did not play the full 82-game season. The Cameroonian missed nine games after testing positive for COVID-19.

This has been quite a roller coaster of a season for the league. Plus, this award is Embiid’s first NBA scoring title of his six-year professional career. His most noteworthy performance this season came on Jan. 19.

In the 76ers’ 123-110 win over the Magic, the center tied his 50-point career high. His highlights are available to watch below. Also, in Philadelphia’s 127-124 double-overtime win over Charlotte on Dec. 6, Embiid amassed 43 points.

Earning this title might even help boost Embiid’s argument for the MVP award. But, voters might disagree. While the center averaged 30.6 points, 11.7 rebounds and 4.2 assists per game, Nuggets’ center Nikola Jokic played great as well.

His stat sheet includes 27.1 points, 13.8 rebounds and 7.9 assists per game. Jokic also became the first player ever to finish a single season with 2,000 points, 1,000 rebounds and 500 assists. Whether the winner is Embiid or Jokic, the majority of fans would agree that both players are worthy of winning the MVP award.

Who else could have won the NBA scoring title?

Following Joel Embiid, Giannis Antetokounmpo closed out his regular season ranking second overall in scoring, averaging 29.9 points per game. In the Bucks’ 133-115 road loss versus the Cavaliers, the Greek Freak sat out to finish his regular season.

Though, had Antetokounmpo appeared in his team’s last regular season game on Sunday, he would have had to score 77 points to catch Embiid. Needless to say, the NBA scoring title was too far out of his reach.

Of course, 19-year veteran LeBron James averaged 30.3 points per game during the regular season. However, in order to win the scoring title, a player must appear in at least 58 games. James barely missed the mark, having played a total of 56 games.

Likewise, Nets’ forward Kevin Durant averaged 30.1 points per game in 54 contests. Durant sprained the MCL in his left knee on Jan. 15 against the Pelicans. It wasn’t meant to be. Overcoming injuries and COVID-19 were significant issues for Brooklyn this season.