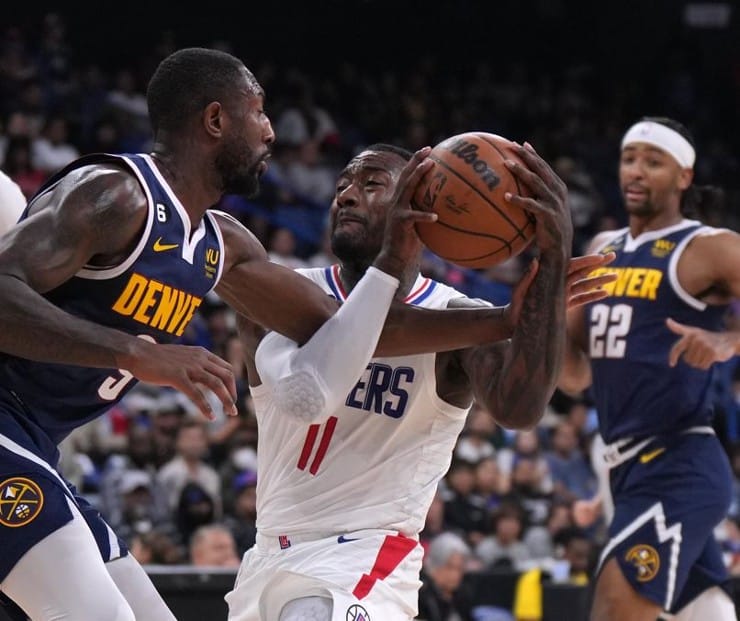 Los Angeles Clippers guard John Wall left the Houston Rockets on unpleasant terms after the front office cut his minutes to allow younger stars to develop. The guard agreed to sit out the entire 2021-22 season.

A couple of NBA betting sites are giving the Clippers the third-highest odds to win the championship in 2023. Some sportsbooks still rank L.A. below the Golden State Warriors and Boston Celtics.

“[But] if you drafted a guy No. 1, or No. 2, and he’s a point guard, like I totally get it,” continued John Wall. “I’m not mad about that. So that was kind of tough for me to be in that situation, because I want to play.”

“And then the whole time, I was like, ‘Man, we’ve got to find a way to get out of here.’ I know it’s gonna be harder because I had two years left [on his contract worth a combined $91 million].”

Following a contract buyout with the Rockets in June, the guard signed a two-year, $13.2 million deal with the Clippers. Had Wall stayed, he would have earned $40,866,760 with Houston this season.

Former Rockets guard John Wall was angry at team for cutting his minutes, forcing him to sit out the 2021-22 season

Of course, Wall went into further detail. “In August, I went back to check on my condo and I was going back to Miami, where I’ll [stay] in the summer.”

“So, they were like, ‘Yo, the thing is, listen, we’ll bring you out for like 10 minutes a game, and sometimes you won’t play at all, or you can just not play at all the whole year, and we’ll try to find a trade.'”

“And I was like, ‘I’m not trying to play 10 minutes a game or not play some games.’ I didn’t want to do that.” So, he was just asking for more minutes.

As one of the highest-paid players in the league, John Wall should have received a larger role. Rockets G.M. Rafael Stone essentially paid the veteran guard millions to not play.

Because Wall was never traded, the Rockets also missed their opportunity to acquire multiple draft picks for him. Then again, his hefty contract made him untradable last season.

In December 2020, the Washington Wizards traded the guard and a 2023 first-round draft pick to Houston for Russell Westbrook.

On Sunday, in the Clippers’ 112-95 loss against the Phoenix Suns, the guard ended his performance with 17 points and 4 assists in 21 minutes of action. He shot 7-of-12 from the field and 2-of-4 from downtown.