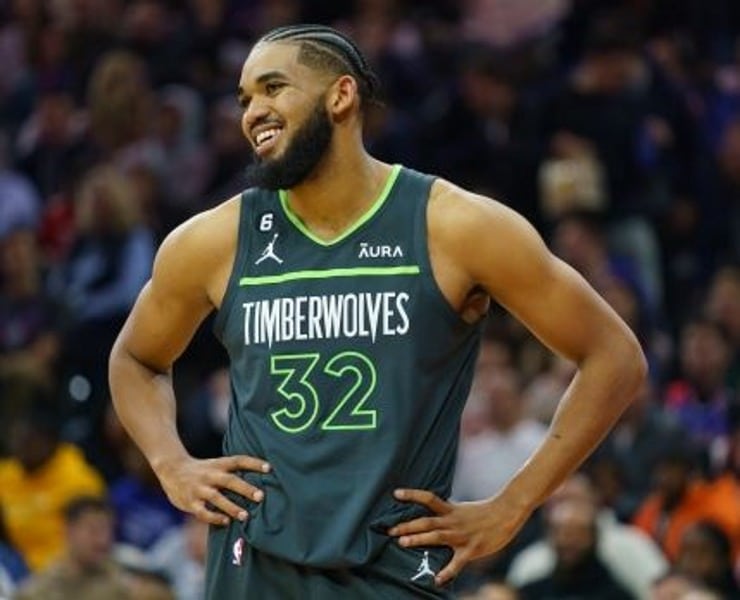 Minnesota Timberwolves center Karl-Anthony Towns has missed 21 games so far this season due to a right calf strain, and the three-time All-Star believes this injury allowed him more time to reflect on his performances.

“You know, I’m feeling good. I’m definitely getting better every day,” said Towns. “It’s just a process. It’s a long process. Definitely was a significant injury. It was my first one I’ve ever had. Definitely beats the broken wrist and the dislocated wrist…”

According to a few NBA betting sites, Karl-Anthony Towns and the Timberwolves possess the 10th-lowest odds to win the championship. Sportsbooks are giving the Portland Trail Blazers and Sacramento Kings better odds to qualify for the playoffs.

Our .@theothermegryan was on the scene at Karl-Anthony Towns' coat drive and Towns spoke briefly about his recovery process from a right calf injury. No mention of a timetable yet. pic.twitter.com/V3VOtOBT7E

“It’s a different challenge,” added Karl-Anthony Towns. “I think if anyone’s kept track of my life, my life has always been full of challenges, and I’ve always come out on the other side winning. So, I expect nothing less. I can’t wait to be back playing for the Wolves, doing what I do best on another level.

“The great thing about being injured, it gives you a lot of time to think, and I’ve been able to kind of be a coach and be sitting back watching our team and seeing what I, where I can implement myself even more and do even things better than I did before I was injured.”

Furthermore, Karl-Anthony Towns is not the only underperforming player with Minnesota. Despite Rudy Gobert logging 14.1 points and 12 boards per game, the three-time Defensive Player of the Year is still not playing well from a defensive standpoint.

Michael Grady is the best, great analysis of this Karl-Anthony Towns + Rudy Gobert interaction on the bench after Rudy’s missed layup pic.twitter.com/6BGx1ZkYxl

During this past offseason, Minnesota traded away five future first-round draft picks and vital role players to acquire Gobert. Halfway through the 2022-23 season, the former Utah Jazz star is disappointing Wolves fans. Maybe Karl-Anthony Towns can help turn his team around when he returns.