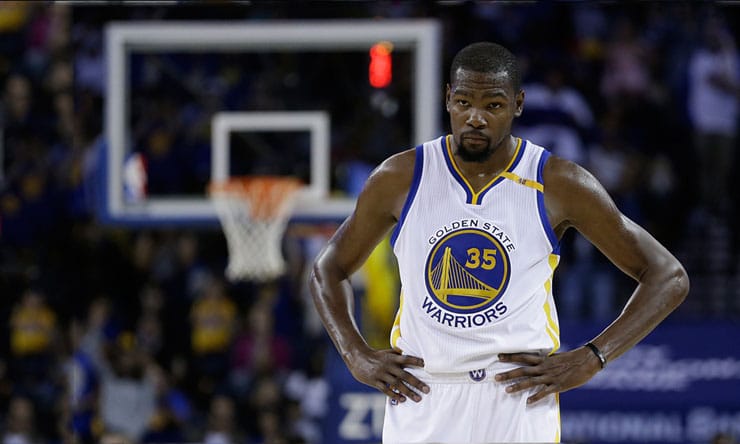 Kyrie Irving is exactly where he needs to be. At least that’s how Kevin Durant sees it. Irving was traded from the Cleveland Cavaliers to the Boston Celtics on Tuesday, and the way events unfolded leading up to the deal reminded Durant of his move to the Golden State Warriors before last season.

“He did what he was supposed to do in Cleveland. It’s on to the next chapter,” Durant said on “The Bill Simmons Podcast.” “I can really appreciate what he did. He stood up for himself. He showed a lot of courage, man, because it’s hard to take that type of criticism. When you just want to play ball. I feel him on that. … “I just think Kyrie just wanted a place where he can focus on just playing basketball and not worrying about the other drama that comes with [playing alongside LeBron James]. It just felt like he wanted a situation where he would just be free from all of that and just play.