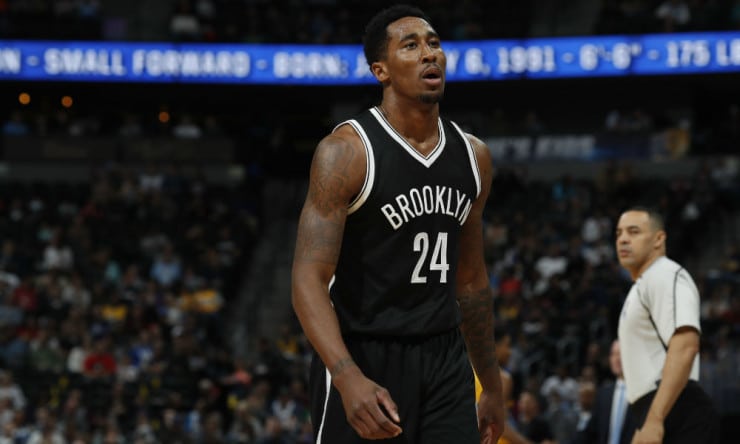 Adding one perimeter marksman, along with good health for [Jeremy] Lin, might offset the loss of [Brook] Lopez’s shooting. Lopez dragged opposing rim protectors far away, unclogging the lane for Brooklyn’s slashers. His drift outside freed [Nets Head Coach Kenny] Atkinson to try Rondae Hollis-Jefferson, a total non-shooter, as a small-ball power forward, and even use him as a pick-and-roll screener as Lopez chilled in the corner.

The alignment worked. Hollis-Jefferson is long-armed and feisty enough to bang with bigs. The Nets tightened their defense after the All-Star break, and outscored opponents with Lin, [Caris] LeVert, Hollis-Jefferson and Lopez on the floor together.

Hollis-Jefferson will open camp as the starting power forward, Atkinson said, with Mozgov presumably in Lopez’s spot. Spacing will be tight. Trevor Booker is honing his 3, but we’ve seen that movie before.

Carroll can supply shooting at power forward; if he plays well, he could usurp Hollis-Jefferson’s starting spot.