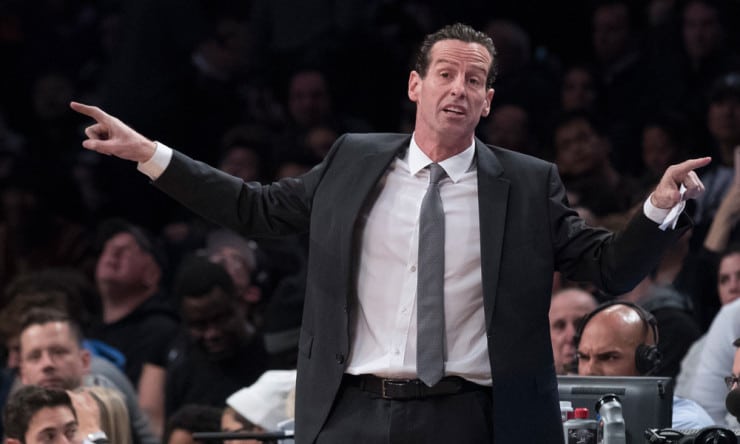 The July whirlwind strengthened Brooklyn’s position. The cap fell far below projections. Teams that spent big in the summer of 2016 were staring down tax payments in 2018 and beyond. Many would need to shed money, and the Nets stood as one of only a couple realistic dumping grounds. They could execute one last, ultra-predatory version of the [DeMarre] Carroll deal — and snare a better pick.

The Nets instead played their last flexibility chip on [Allen] Crabbe — and extracted zero picks for saving the taxed-to-oblivion Blazers almost $45 million. They undid what most executives considered a lucky break in Portland matching Brooklyn’s offer sheet for Crabbe a year ago. “Would we have liked a pick?” [Nets General Manager Sean] Marks asked. “Sure. But this is what it took.”

Carroll can supply shooting at power forward; if he plays well, he could usurp [Rondae] Hollis-Jefferson’s starting spot. As of now, there will be a fierce competition between five players — [D’Angelo] Russell, [Jeremy] Lin, Crabbe, [Caris] LeVert and Carroll — for three starting jobs. (The bet here is on the Lin-LeVert-Crabbe trio, with LeVert’s grip the shakiest.)

That is a good problem for a team that gave too many minutes to fringe players. Flaws aside, Crabbe and Russell are legitimate rotation guys. Shifting sub-replacement-level minutes to borderline starters can have an explosive compound effect. Wagering on Crabbe also shows the Nets feel some pressure to improve.

We need to show progress,” [Nets Head Coach Kenny] Atkinson said, “out of respect for ownership.”