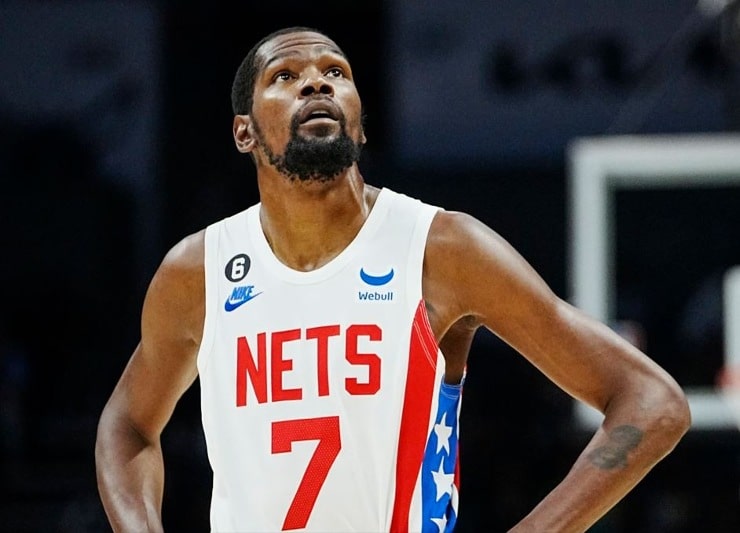 Brooklyn Nets superstar Kevin Durant requested a trade this past offseason. However, the 12-time All-Star then rescinded his trade request in August. In an interview with Nick Friedell of ESPN, the Nets forward opened up on his original decision to leave the team.

“We wasn’t playing no games. I didn’t interfere with what we were doing on the court every day,” said Durant. “It wasn’t a question of what you were asking my teammates every day after a game or a practice. What I did didn’t get in the way of the games that was being played, so I felt like that’s the difference in everything.”

“So we hashed that all up right before camp, and it was cool, it didn’t get in the way of the hoops,” added Kevin Durant. “So that’s the difference between what happened with those guys and [me].”

Besides dealing with a few injuries every here and there, the Nets are looking great. It appears Durant made the right decision to remain with Brooklyn. Thirty-eight games into the season, the team is 25-13 and ranks third overall in the Eastern Conference.

NBA analysts assumed the Nets would fall apart after firing Steve Nash, following a 2-5 start to begin the season. Though, Brooklyn has been one of the best teams under coach Jacque Vaughn. Of course, Vaughn led the Nets to a league-best 12-1 record in December.

Friedell then asked the two-time Finals MVP about the Kyrie Irving situation and how the team was able to come together to vanquish off-court distractions. “Because we was together regardless,” replied Durant.

“I think coming into the training camp, we understood that it’s going to be a lot on us from a media standpoint, from just the noise in general around our team, so I think that made us tighter once camp started. So we was able to take the Kyrie stuff and move in stride because we were already stuck together before that.

“We started to win some games, started to get better as a team, and do some things out there that work for us. And now it seems like everything was patched all together, but it felt like it was always cool, to be honest.”

Can the Nets win their first NBA championship this season? With Durant and Irving, it’s still possible. Sportsbooks are giving Brooklyn the third-best odds, trailing the Boston Celtics and Milwaukee Bucks. Under Vaugh, maybe the Nets can get over their hump.