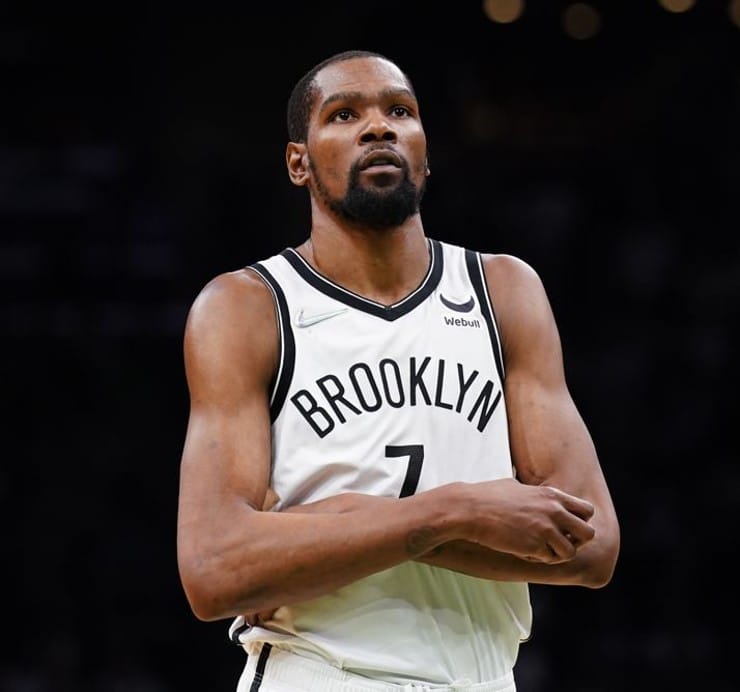 During the fourth quarter of the Brooklyn Nets’ 109-102 home win against the Orlando Magic on Monday night, Kevin Durant received “MVP!” chants en route to finishing with a season-high 45 points.

Kevin Durant isn't concerning himself with the MVP conversation this year, despite chants at Barclays Center

"I just want the respect from our fanbase and I want them to have a good time when they come to the game. I'm not too worried about accolades at this point in my career" pic.twitter.com/ScGlObRSEB

“Nah, not really,” replied Kevin Durant when asked whether “MVP!” chants motivate him during games. “I’ve been there, done that. It’s gonna take a lot for me to be in that conversation, so I just wanted the respect from my fanbase.

“And I want them to have a good time when they come to the games… I’m not too worried about accolades at this point of my career.”

Nets forward Kevin Durant is unmoved by “MVP!” chants during games, not focused on individual accolades

Out of 22 starts this season, the Nets wing has scored at least 30 points in nine games. His dominating performance on Monday night was his first 40-point game since April 2, 2022, when the forward scored 55 points in Brooklyn’s 122-115 loss to the Atlanta Hawks.

Additionally, the Nets forward needs 209 points to pass Boston Celtics legend John Havlicek for 20th on the all-time scoring list. At this point of his career, he has 26,186 points.

Of course, Kevin Durant currently leads the NBA this season in points (660), field goals (233), and minutes played (807). Unfortunately, the four-time scoring champ leads the league in turnovers with 75.

Then again, some of the greatest basketball players committed a lot of turnovers. LeBron James is at the top of the all-time turnovers list with 4,836. Ranking fourth is Russell Westbrook (4,256). Kobe Bryant is sixth on the list with 4,010. And James Harden is 12th with 3,565. Durant ranks 30th at 3,039.