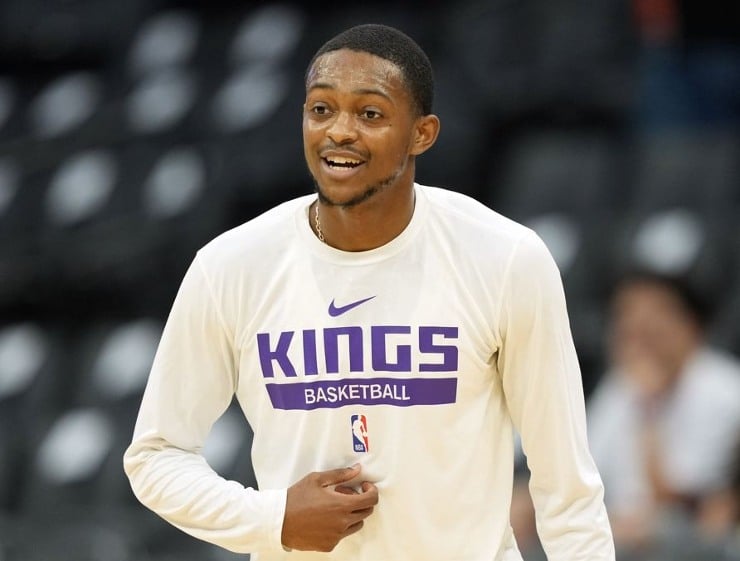 The sixth-year guard experienced quite a bit of soreness in Sacramento’s 126-113 loss to the Milwaukee Bucks. Fox has played through his pain the last couple of weeks.

Referencing a few NBA betting sites, the Kings have the 19th-best odds to win the championship in 2023. A number of sportsbooks are expecting Sacramento to finally end its 16-year playoff drought this season.

Twenty-three games into the 2022-23 season, the Kings are 13-10 and rank fifth overall in the Western Conference standings. Sacramento trails the top-seeded New Orleans Pelicans by 2.5 games.

Furthermore, in Sacramento’s loss to the Bucks, Domantas Sabonis led the Kings in scoring and rebounds with 23 points and 12 boards in 36 minutes of action.

Harrison Barnes ended his performance with 20 points in 33 minutes on 8-of-17 shooting overall. Although the Kings scored 61 points in the first half, they put up just 19 in the fourth quarter. Milwaukee also outrebounded them 50-40.

”What’s disappointing for me is this was one of the first times I felt we played a game and our opponent dictated from the beginning of the game how the night was going to go,” Kings coach Mike Brown said.

”I didn’t think they felt us at all defensively. Our defense was almost a glorified scrimmage game, a pick-up game. Milwaukee went where they wanted to go, they did what they wanted to do.”

Sacramento Kings point guard De’Aaron Fox tells The Sacramento Bee he has been playing through pain for more than a month. Here's what we know about his injury.https://t.co/Gj53ESD2J2

Another player listed on the Kings’ injury report is Terence Davis (lower back). The former Toronto Raptor did not play in Wednesday night’s loss against the Bucks.

Meanwhile, for the Cavaliers’ injuries, Dean Wade (shoulder) and Kevin Love (back) were downgraded to out for Friday night’s matchup. Donovan Mitchell (leg) is also listed as questionable. Not to mention, Ricky Rubio (knee) and Dylan Windler (ankle) remain out indefinitely.

According to ESPN’s Basketball Power Index, the Cavaliers have a 69% chance of beating the Kings at home. Sportsbooks show Sacramento as a 5.5-point road underdog.

Of course, the Kings are 6-2 in their past eight head-to-head meetings versus Cleveland. On the other hand, the Cavs have won their previous seven home games.