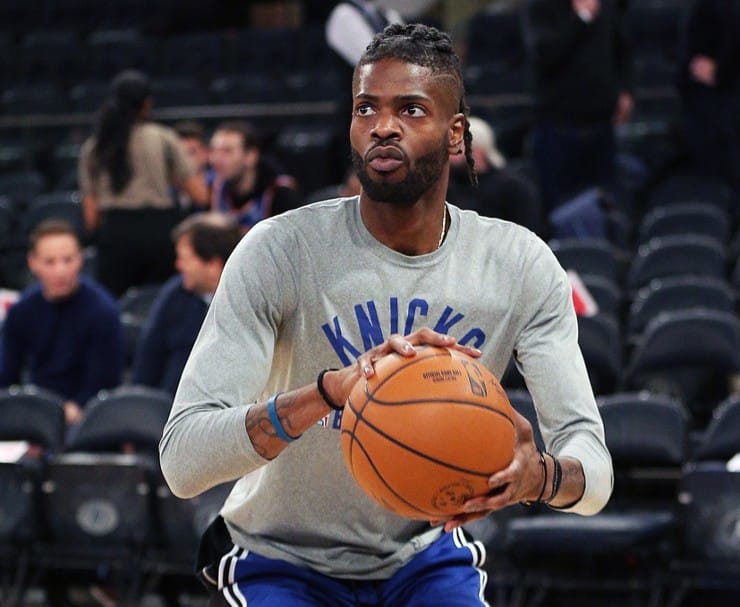 The Knicks are working on a Nerlens Noel trade with the Clippers to help clear up cap space for Jalen Brunson. Noel is injury prone, so this is the right decision by Knicks president Leon Rose. Kemba Walker was traded to the Pistons last Thursday, and he is set to earn $9,165,471 for the 2022-23 season. Now, per Michael Scotto of HoopsHype, the Knicks are seeking more cap space to sign the Mavericks’ free agent guard.

“The Knicks have had exploratory discussions on trading center Nerlens Noel to the Clippers,” said Scotto. Knicks G.M. Scott Perry is serious about pursuing Brunson. The front office offered him a reported four-year, $100 million deal. The guard is looking to get paid. He was selected 33rd overall by the Mavericks in the 2018 NBA Draft. The New Jersey native earned $1,802,057 last season with Dallas.

In the Mavericks’ 110-104 win over the Jazz in Game 2 of their first-round playoff series, Brunson scored a career-high 41 points. And he closed out his performance with eight rebounds and five assists as well. Equally important, the guard finished fourth in voting for the Sixth Man of the Year Award.

A Nerlens Noel trade for the Clippers might backfire

If Noel gets traded, the Knicks will have an additional $25 million in cap space. The nine-year veteran is projected to earn $9.240 million next season, and he has a team option worth $9.680 million for the 2023-24 season. These amounts do not include incentives.

All things considered, this trade mostly benefits New York. The center appeared in only 25 games last season. He averaged 3.4 points, 5.6 rebounds and almost 1.0 assist per game. The 28-year-old missed several games in the 2021-22 season due to knee, hamstring and foot injuries. In fact, Noel has never played a full season in his entire NBA career.

Nevertheless, the Clippers will make this trade happen because Isaiah Hartenstein is an unrestricted free agent. The 7′ center averaged 8.3 points, 4.9 rebounds and 2.4 assists per game. Noel would only be a serviceable replacement if he can manage to stay on the court. Even then, if Hartenstein leaves Los Angeles, this could still be a damaging loss for the Clippers’ rim protection.

For the Clippers to remain competitive next season, Kawhi Leonard and Paul George have to stay healthy. That should go without saying. Adding John Wall to the mix will help out, too. Leonard is coming off an ACL tear he sustained in Game 4 of the Clippers’ second-round series against the Jazz in the 2021 NBA Playoffs. He has not played in a game since then.

NBA Betting Offers | Knicks and Clippers are in trade talks